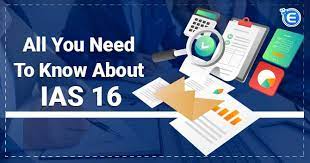 IAS 16 defines PPE as tangible items that are:

held for use in the production or supply of goods or services, for rental to others, or for administrative purposes, and expected to be used during more than one period.

IAS 16 requires that PPE should initially be measured at ‘cost’ and the cost of an item of PPE should be recognized if, and only if:

(a) it is probable that future economic benefits associated with the item will flow to the entity, and

(b) the cost of the item can be measured reliably.

The cost of an item of PPE comprises:

(a) its purchase price, including import duties and non-refundable purchase taxes, after deducting trade discounts and rebates.

(b) any costs directly attributable to bringing the asset to the location and condition necessary for it to be capable of operating in the manner intended by management. These are costs that would have been avoided if the asset had not been purchased or constructed. Directly attributable costs include:

⏩ The cost of testing whether the asset is functioning properly, and

(c) The initial estimate of the costs of dismantling and removing the item and restoring the site on which it is located. This is a component of cost to the extent that it is recognized as a provision under IAS 37, Provisions, Contingent Liabilities and Contingent Assets. In accordance with the principles of IAS 37, the amount to be capitalized in such circumstances would be the amount of foreseeable expenditure appropriately discounted where the effect is material.

Where any of these costs are incurred over a period of time (such as employee benefits), the period for which the costs can be included in the cost of PPE ends when the asset is ready for use, even if the asset is not brought into use until a later date. As soon as an asset is capable of operating, it is ready for use. The fact that it may not operate at normal levels immediately (eg because demand has not yet built up), does not justify further capitalization of costs in this period. Any abnormal costs (for example, wasted material) cannot be included in the cost of PPE.

IAS 16 does not specifically address the issue of whether borrowing costs associated with the financing of a constructed asset can be regarded as a directly attributable cost of construction. This issue is addressed in IAS 23, Borrowing Costs. IAS 23 requires the inclusion of borrowing costs as part of the cost of constructing the asset. To be consistent with the treatment of ‘other costs’, only those borrowing costs that would have been avoided if the asset had not been constructed are eligible for inclusion. If the entity has borrowed funds specifically to finance the construction of an asset, then the amount to be capitalised is the actual finance costs incurred. Where the borrowings form part of the general borrowing of the entity, then a capitalisation rate that represents the weighted average borrowing rate of the entity should be used.

Examples of costs that are not costs of an item of PPE include:

➡ Costs of opening a new facility

➡ Costs of conducting business in a new location or with a new class of customer (including costs of staff training), and

➡ Administration and other general overhead costs.

These costs should be charged to the statement of profit or loss as they arise.