Today was Business Ethics and it was all about unethical Advertising. What is unethical advertising?

The misrepresenting of a good or service in some form or the use of subliminal messaging to further an ulterior motive are examples of unethical advertising. The goal of this type of advertising is to manipulate or persuade the consumer to purchase the good or service.

An advert is misleading if it deceives or is likely to deceive its audience and affect their economic decision-making. This also applies if it harms or is likely to harm a competitor of the organization placing the advertisement. A misleading advertisement can be a spoken statement given by a sales representative, in person or over the phone. An advert can be deceptive in various ways, for example, if it contains a false statement of fact, conceals or leaves out important facts, promises to do something but there is no intention of carrying it out or even if it creates a false impression, even if everything stated in it may be literally true. So an example of a company that that had an unethical way of advertising was, Red Bull.

Red Bull, the top-selling energy drink worldwide, has people hooked on not only its caffeine, but its unique marketing strategy.“Red Bull gives you wings” has been the energy drink’s slogan for nearly two decades.Sigh I am not going to deny this then I actually heard this advert I had to turn like for real it gives you wings literally, or gives you courage.Red Bull does not, it turns out, give you wings — even in the figurative sense. Red Bull says in its marketing that the drink can improve concentration and reaction speeds, but the plaintiff in the case said these claims were false and lacked scientific support. While the suit did not allege that plaintiffs were disappointed that they didn’t suddenly sprout wings, it does say that Red Bull relies a lot on terms like “wings” and “boost” to give consumers the impression that the drink gives people some sort of physical lift or enhancement.

“The Drink Won’t Give You Wings”:Now to get the story straight, Benjamin never expected to grow wings as he knew the slogan was metaphorically used to represent the high content of energy that the energy drink has to offer. The misleading part which Benjamin used in the lawsuit was that the “energy drink does not offer as much energy as advertised, as a 250ml can of Red Bull has less caffeine than a cup of coffee.

Red Bull had always marketed their product as a “superior source of energy” in other words stating that their drink is the best and most efficient. In such a case we can view the branding used by Red Bull as the same sort of marketing used by Duracell batteries.

SOME OF THE CONSEQUENSES THAT RED BULL FACED DUE TO MISLEADING ADVERTISING. 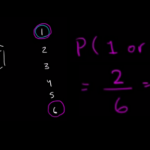