IS SORO SOKE HERE TO STAY?

I recall lamenting to my mother years ago about the authority figures in my school. We were sitting in this hot Lagos traffic while I ranted about the school being run like a fascist state: the administration could run up any rules whenever they felt like, yes, because no one ever held them accountable, there was never any repercussions for teachers who lied against or mistreated us the students and nobody ever cared to listen to us when we reported issues that mattered.

I confessed that some of us had been harboring the thought of protesting two weeks into our resumption but majority of us had not mustered the courage to do so because we were scared.

In response, she told a story of how my elder sister had taken part in a protest against the landlord in a hotel outside her university who had predatory renter’s policies. My sister in her true nature had stood at the forefront of the protest, placard and spirits raised high, chants the popular war songs soldiers sang. When all was said and done, nothing happened and all the students who were identified as taking part in the demonstration were evicted sadly enough. She didn’t say much else after that, but the message was crystal clear: you can’t win.

It has always been of interest in knowing why the older generation have taken a silent stand rather than speak up.

I am aware of some historic stands made by the likes of Funmilayo Ransome-Kuti and the Abeokuta women who advocated for women’s right and demanding an end to unfair taxes on market women, Aba women’s riot seeking a change to the warrant chief system to Fela’s political lyrics such as “Water No Get Enemy”. This occurrence is nothing new to us, yet the anti-SARS protests have been regarded by some as the product of mere youth exuberance.

I would want to blame it on colonialism solely because the white man had come to our country, introduced religion and assimilation which brought with it the use of total submission as a tool for maintaining law & order and not long after gaining independence from the white man, military rule introduced another dimension, were speaking out against injustice could have you killed, and violence was routine.

It is true indeed that Nigeria our country has been through some dark moments, and hard to believe that the country is still standing when it looks like it could fall apart with the flick of a finger. There are so many things going on right now and only time will tell where it will all end.

For the first time in a long time, the youths are lending their voices to every situation happening all around the country – speaking up against police brutality, social reforms, gender inequality, to running for political positions in government and many more.

ENDSARS put fear into the government of the day, it showed that an entirely new generation has emerged, they are nothing like the docile generation they have always been used to and they don’t intend to back down. This new generation are demanding for a government that works for its people and not the other way round as the case has always been. 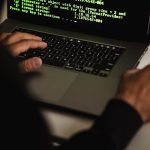