THEORIES OF CORPORATE LAW AND INCORPORATION IN NIGERIA. Individuals have tried to theorize on Corporate Law, some of which include (in simple terms);

How can a company be formed?

1. By Charter or Law: formed under special legislations regarded as the enabling law/statute. E.g. PHCN, NNPC, the University of Lagos, etc.

2. By Registration: either as a private or public company. After dividing into Public or Private Company, there is a further sub division of Private/Public companies Limited by Shares, those limited by guarantee  and those with Unlimited Liability.

2.A.     Private Company: is a company whose number ranges from 1 – 50. It cannot invite the public to deposit money. invest or buy its shares.

2.B.     Public Companies: A company stated to be public under its Memorandum who can generally make its shares available to members of the public and can have more than 50 members.

Registration of a Company is handled by the Corporate Affairs Commission after the requisite information and fees have been settled. A Certificate of Registraiton is then issued as a sign of Registration. The certificate of incorporation is rebuttable proof that the company is duly registered under the law. A person who asserts that the company was not incorporated should prove his assertion. Consequently, those who assert that a company has been incorporated should prove same by producing the certificate of incorporation.

Beyond  the classification into Public and Private Companies, there is a further classification into “Limited” and “Unlimited Liability” Company with the former having its liability limited to the number of shares owned by each Shareholder and the latter having unlimited liability. A foreign company may transact business in Nigeria by incorporating as a local company or getting Government approval or acquiring an existing local Company.

WRONGFUL DEBIT? KNOW YOUR RIGHTS AS A CUSTOMER

AN EXAMINATION OF THE PRINCIPLES OF TAXATION AND TAX BASE – IS YOUR BUSINESS TO PAY THE ENTIRE TAX?

WINDING UP AND LIQUIDATION OF A COMPANY UNDER NIGERIAN LAW 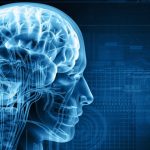