Our way back to garden city

A few weeks ago, in our management communications class, we had a 90 seconds presentation on a problem we observed in our vicinity. We are to offer a probable solution; the problem I presented was not far-fetched for me – waste management. At the time, waste management was extremely poor in my state of residence. It was a daily discussion on almost all radio stations in the state. Though the situation has improved a bit after my presentation, there is still room for improvement to bring back the garden city.

As you are all aware, the advent of COVID 19 reminded everyone of the importance of hygiene on all levels. We learned during those critical periods that, we must take care to maintain a high level of hygiene. Unfortunately, The state where I reside seems to take hygiene with levity. There has consistently been indiscriminate dumping of refuse, little or no evacuation of waste from the roads, and so on. As such, our environments often witness flooding, obstruction of roads, heavy traffic, and a host of other vices.

In the state, the government is entirely responsible for basic solid waste management. For a couple of weeks, heaps of garbage of varying heights adorned many of our roads. The city that was once known as a ‘garden city’ is gradually turning into a ‘garbage city.’

RIWAMA (Rivers State Waste Management Agency) is the government agency responsible for the evacuation, disposal, and recycling of wastes in the state. According to the Daily Trust newspaper of May 14, 2022; the agency spends an average of N500 million monthly for the evacuation of waste in the two main local governments of the state. But the various heaps of refuse on the majority of the roads do not justify the sum spent monthly.

As a result of the below-par performance; on April 28, 2022, the governor announced the sack of the sole administrator of RIWAMA due to the inability to meet the target after many years.

Effect of the heaps on garden city

Before the sack of the RIWAMA boss, refuse collection was on an average of once per week. That was a primary reason why the refuse dumps were often in heaps. The situation has worsened since the sack. This causes the following:

Our state is one that consistently has rain all through the year; and with the poor state of the roads, heaps of refuse here and there only contribute to flooding. The narrow gutters, blocked canals, and narrow roads make living difficult given the flooding.

With the above, obstruction of roads is unavoidable and that is enough trouble already for motorists and other road users. Unfortunately, the heaps of refuse on the roads add more to the pain.

Additionally, there is the possibility of contamination of water by these heaps of refuse. The government of Rivers must do all that is necessary to ensure proper management of refuse in the state.

We can return the city of Port Harcourt to its original state – the garden city. To do so, however, the government must:

•partner with the private sector for collection, transport, and final disposal of wastes.

•More dumpsites are needed, private sectors can help here too.

In conclusion, Rivers state government should partner with the private sector and subsidize waste disposal charges. Let us return to ‘garden city’ a state rid of garbage. 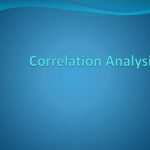