I stumbled on this old saying “Power corrupts; absolute power corrupts absolutely” in an article I read a few days ago. It... 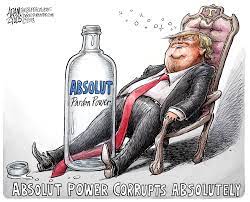 I stumbled on this old saying “Power corrupts; absolute power corrupts absolutely” in an article I read a few days ago. It sure brought back some memories of a sudden change in people immediately they got to power.

The saying literarily means the more power a man has, the more corrupted he will become. In other words, having power corrupts a man, or lessens his morality.

In my own little experience, I have seen this play out repeatedly. Be it an additional achievement or a new position that comes with authority. Also, changes in social status and others have resulted in a 360-degree change in many individuals.

It is not a new thing to see people assume a position and after a couple of months, you will wonder if you ever knew them. The difference in most cases is clear.

So, I am thinking if this is human nature or if there are other factors that influence this tendency in people. This is because I believe power should make us do better and not otherwise.

Let us see a good example of “absolute power corrupts absolutely” in the story of a certain mayor and his wife.

The mayor did not have a formal education but was born into politics. As expected, he had his fans that believed in his ways and many others that were not pleased with his administration.

Apparently, his decisions were a reflection of this ignorance. And no one dares to challenge the most powerful man in the land.

His wife also was illiterate. She was always indoors performing her domestic duties. Her voice was never heard as she does not attend any function with her husband.

Later on, his irrational decisions and other illegal cover-up were exposed by the opposition. He was charged to court for corruption and was sentenced to jail.

Again, due to his powerful influence, they chose his wife to continue running the government while away in the prison.

Within a few months of being in power, this wife became more corrupt than the husband. Suddenly she became obsessed with power, and no one dares to challenge her. She erected her status all over the town to reiterate that she was in charge.

Meanwhile, she frustrated all efforts to release her husband from prison because she did not want to leave the power.

Could you imagine someone that use to play dummy before now wielding power like a sword?

So, I came to the conclusion that power brings out ones true self. If you are good, it will give you the opportunity to do better and the reverse if you have a corrupt mind already.

You cannot completely know what a person is capable of until they are in a position of power.

Also, the true test of character is power. You can be humble and morally upright when you do not have authority and power.

What will you do in a position of authority? Let us assume you become a manager or a leader of a group with power and authority, how will you handle an individual that opposes you?

Moving up is a good thing but we should always remember not to allow the power to change our good morals.

Do not wait until you have “Power” before you start doing good. Power can only magnify what is in you now.

If absolute power corrupts absolutely, should we settle for this or we should start conforming our minds to see absolute power bringing absolute greatness in people? 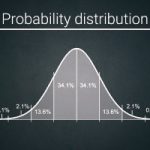