THE STORY OF SOLOMON AND HIS STRUGGLE TO SUCCESS (Part 1)

The human body and human mind are capable of great things beyond what we can envisage. A lot of times, a man’s limitation is a result of his vision. What you become and how far you go in life has a lot with what you think and see. In the book of proverbs 23:7 in the bible, it says “As a man thinketh so is he.” The way a man thinks plays a vital role in transforming him into the man he becomes. Proverbs 4:23 “Carefully guard your thoughts because they are the source of true life”.

A wise man once (Solomon) told me about his rise and fall story, he also shared with me how he had to put aside pride, shame, and status to start all over again for him to be comfortable. His name is Solomon, not King Solomon in the bible but if there is anything I know about him, it is that he is indeed a wise man that despised what society will say to be the man that he is today. Solomon is a man from the Yoruba lineage in the western part of Nigeria, he hails from Abeokuta in Ogun State. He was born in the fifties and is an educated man from a royal family. When he was in his late twenties, he relocated abroad, he did not go into details of what he was doing for a living abroad but from the excitement that I could deduce from his voice, seems he was making good money from whatever he was into at some point in time.

After spending over 10 years abroad, he was deported back to Nigeria for some reasons that he did not disclose. It didn’t seem like he wanted it to be a secret but I had no desire to enquire why he what he was into in the United States of America or why he was deported. By the time he was deported, he was not allowed to pick anything and he had not made a significant investment in Nigeria to fall back to. His ordeal was indeed a rise and fall story. I am not sure there were not a lot of options to transfer funds to Nigeria and he probably did not see the deportation coming.

After several months of joblessness, he eventually tried to try his hands on a few types of production. He at first tried to produce soap and was good at it but his challenge which is probably the challenge of a large number of people who were into small scale production of soap was distribution, having a competitive price that can rival the big brands like Elephant, OMO, Canoe bar soap amongst others. He produced that for a while but the profit he was getting from the products he was able to distribute was not too encouraging. This is because retailers what to buy their products lesser than what big brands who can leverage the economy of scale sell theirs for but you cannot blame the resellers as well. After all, price plays an important role in their customer’s decision-making process of deciding which product to buy. His product will only be attractive to customers if the price is cheaper than the customer’s first choice which is most likely to be a product from a big brand. After several months of pushing, he had to quit soap production for another business venture because his living expenses were already eating into his capital. 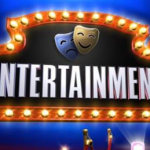