This Breakfast you are about to be served is different from the ordinary one that you know.

How! you may want to ask me, but I tell you, relax and find out.

There is something different about Nigerians and that is our super-power. We know how to turn a serious or even sad situation to one of laughter.

Breakfast as we know it is simply the first meal of the day. But the ‘meal’ we are speaking about here is when your significant other breaks your heart.

Now heartbreak is never something to joke around with but guess what, we have found a way to make it a little less painful.

I have never been able to wrap my arms around the reason people ‘serve breakfast’ because if the relationship is getting unbearable for either party, you simply need to communicate and let them know its not working.

It is better to come to a mutual agreement where neither party is hurt than just do something crazy to the other without a second thought.

It is usually said, “the way to a man’s heart is through his stomach”. And oh, did Stella cook.

Stella cooked so well and frequently too that Dayo regularly took pictures of her meal to upload on his WhatsApp status.

His friends paid regular visit to his house to stylishly have some of her cooking and this was accompanied with the chant of ‘our wife’. Stella loved when this happened as this was seen in her cooking which got better.

On Dayo’s birthday, she went over-board and got him a PS-5, 3 cakes, a gym-necessities bag, shoes, clothing’s and  even displayed him on a billboard on the Lekki-Epe Expressway, his friends kept sending him pictures as he was displayed on the board.

She went over to his house as she had organized a surprise party inviting his close pals and family members. He was so happy and thanked her profusely and the “our wife” chant filled the air. It was a wonderful day and it ended well.

Usually, Stella would make him breakfast before leaving for work and text him at noon to ask what he would like for lunch/dinner. She would buy all the ingredients and take home to make. She introduced him to the healthy lifestyle, regularly stocking his house with fruits and vegetables.

Dayo always got a bottle of fresh fruit juice waiting for him after his gym sessions. He was living the life and it was all good.

It was nearing Stella’s birthday and she was excited for the goodies that were to come. She was certain Dayo would propose and overwhelm her with gifts.

April 19th came, and she was woken with calls from her friends, parents, co-workers, and everyone that mattered; all except her ‘Baby’. She thought to herself; “maybe he wants to save the best for last”.

Alas! That call never came in and she realized she could not reach him. He had blocked her……. 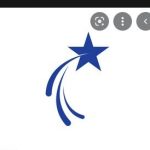