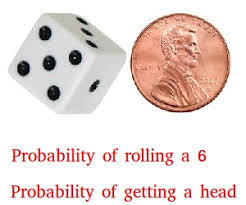 I would like to define probability simply as the likelihood of the occurrence of an event.

Probability in statistics means a numerical measure of the likelihood of occurrence.

When we are not sure about the outcome of an event, then we can talk about the probabilities of certain outcomes. The analysis of events using probability is called statistics.

Probability is also known as, likelihood, odd, or chance

We use or see probability all around us daily. We use probability every day to make decisions about things with an unknown outcome.

SOME TERMINOLOGIES USE IN PROBABILITY

There are 3 ways to assign a probability

2. Optimization- This refers to decision making with certainty. Looking for the best course of action- The one that maximizes the profit.

What is the probability of rolling a five with one regular six-sided die?

The number of total outcomes, or all the sides of the die, is six.

So, the probability of rolling a five is 1/6.

In conclusion, a basic knowledge of probability is important as it has several real-life usages. Examples are seen in predicting the weather, sports, insurance and investment analysis. 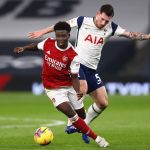