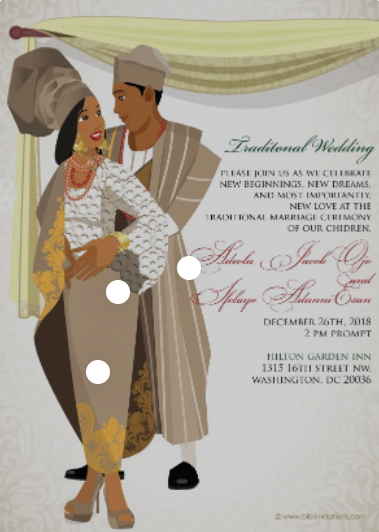 Getting married has been one thing I’ve always pictured in my head, but I couldn’t imagine so well how my engagement ceremony was going to be.

In the South, engagements are done in the compound of the bride without much Ceremony, but the Yorubas are too party like, they like what I refer to as “serenre”. My wife who is from Ekiti state was going to be dressed in their attire. Our attire is the normal tying of wrapper, with a cloth around our shoulders and beads on our neck and wrist. I remember that day, I was so anxious and a little frightened at the same time. I haven’t done an engagement before and it was more scary to know I’m getting married to a girl from another tribe. The Yorubas engagement list wasn’t as heavy as that of the Igbos though but it was close to. I had gotten everything stated in the list and I kept checking to be sure if I hadn’t omitted one or two. We were about to leave the hotel to my wife’s house and I kept talking to myself that everything was going to go well.

Finally, we got to my wife’s house and from the entrance, there were canopies outside, a lot of people moving from one place to another and I could hear the drum from inside the car I sat with my friends. A tall lady came out and approached the car saying it was time for us to dance in, that was the “alaga iduro”, a tall dark lady dressed in iro and Buba with gele. I and my friends came down from our cars and started dancing towards the gate, here the two ladies; alaga iduro spread their head tie (gele) and asked us to put money before they would let us pass, I and my friends did that, not up to two minutes while we were still approaching where we would sit, some set of women came and they are known as the housewives (Iyawo Ile) they kept their wrappers on the floor and asked that we pay respect and treat them well, I whispered to my friend and said, Yorubas like serenre. I finally got to where I was to seat, the drum stopped and a short prayer was said by a man, he’s the eldest from the bride’s father’s side. My wife was dressed with fine beaded Iro and Buba, her gele was also stoned with shiny pearls and she danced out with her friends. I was pretty sure her material was too heavy for her body, but that was what they saw as the perfect engagement attire. Her friends were all dressed in something similar, even to her Mum and sisters. The ceremony went on and it wasn’t as complex as I thought it would be. The prostrating to the bride’s family (idobale) part was taken so seriously by the Yorubas, that I was lying on the floor for like about 5 minutes before we were asked to stand up. The parents and the bride’s family were to decide if they are satisfied with our plea to take their daughter’s hand in marriage. After they had said all the prayers and given a short word of encouragement to us, the real party began. They served all varieties of foods and drinks, it was like a church thanksgiving service.

I was so tired from the whole activity, but still there was a big relief in my heart that I had successfully overcome a Yoruba engagement ceremony. What a day, what an event. That day was indeed a blessed one and I still cannot get over the feelings I had on that day. 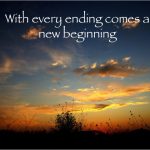