BEFORE THAT ISSUE BECOMES A REAL ISSUE……………..

Around 10:54 am on Saturday, April 16, a young female Nigerian tweeted about her traumatic experience at Warere Hotel, a beach resort in Zanzibar, Tanzania. By evening, her experience was a trending topic with over 99 per cent of the tweets expressing support for her.

Many had called for an investigation into the matter while thousands of others gave the resort negative reviews on Google. Within a few hours, the hotel saw its four-star rating dip to a one star. The resort’s reputation is now in tatters and Tanzania’s Ministry of Tourism has since apologised for the young Nigerian’s experience during her stay in Tanzania. The ministry has also said an investigation into the incident is currently ongoing.

Other hotel booking websites are being tagged to drop the resort from their list of recommended hotels. The reputation that the resort somehow managed to build over the years has fallen like a pack of cards in just a couple of hours. It is doubtful if the resort can ever recover from the damage, which in my opinion, was self-inflicted. And to think the incident which has so badly damaged this resort’s reputation occurred in 2021.

The harrowing experience occurred about a year ago when Zainab Oladehinde decided to travel solo to Zanzibar to celebrate her birthday. All went well until she woke up to find a stranger in her room molesting her. She was able to trick the assailant which gave her time to seek refuge in another tourist’s room. By the time she summoned the courage to go back to her room when it was daybreak, her money had been stolen.

She made an official complaint at the police station but also met a brick wall as the policemen on duty eventually became hostile. She did not get the cooperation of the hotel, hence her decision to relay her ugly experience on Twitter.

The hotel’s response is a classic case of how not to respond, especially to a case that has gained the attention of the African continent.

The hotel should have acted last year when the incident happened but did not. And the response the hotel has given to the scenario is simply ludicrous. The response was simply aimed at absolving the management of the hotel of any culpability in the incident.

Had the management at least tried to meet Ms Oladehinde halfway in trying to resolve the situation, it would not be in such a big mess right now. The resort’s resort to trying to shift the blame to the victim has further aggravated the issue, judging by the responses to the hotel’s treatise on the issue, in response to the victim’s accusations.

The resort should have gone to any length in resolving the issue.

The lesson here is to quickly seek to resolve issues quickly before your adversary takes you to court. In this case, Zainab took Warere to the court of public opinion: and to all intents and purposes, the public is on her side and judgement is already in her favour! 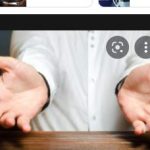