GIVE HONOUR TO WHOM HONOUR IS DUE 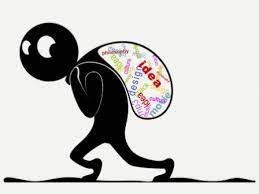 “If you must copy someone’s work, the least you can do is acknowledge them,” these lines got me thinking deeply about the concept of Referencing as we were taught during our brush up sessions at the Lagos Business School. As cynical as this sounds, if proper referencing is not done it could lead to plagiarism. It sounded too harsh because there is an adage that says that you cannot form something on nothing, and invariably almost all lines and ideas have been written down or published previously by someone else, the distinction of knowing when to acknowledge the original writer remains an obscurity.

Referencing is the act of mentioning or alluding to somebody or something for a work originally written or published by that person that another person used in building his own work or assignment. It is used to tell the reader where ideas from other sources were gotten from in an assignment or work.

We were also thought the concept of citation to mean acknowledging within the text source, it is a way you tell your readers that certain materials in your work came from another source. It also gives your readers the information necessary to find the location details of that source on the reference or works cited page.

Failure to properly do your citing and referencing would lead to Plagiarism. Plagiarism is the representation of another author’s language, thoughts, ideas or expression as one’s own original work. Plagiarism is considered a violation of academic integrity. It is considered a very serious offence and one could be arrested and charged to Court on account of it, which could lead to conviction. The original owner of a work reserves to right to be properly acknowledged for the effort in putting such work.

We were further admonished by the faculty to be extremely observant and careful not to neglect the importance of referencing and citation to avoid plagiarism as LBS takes it seriously and would penalize one who deliberately performs the act. This consciousness has helped me to checkmate my  submissions to avoid verbatim use of someone’s work without acknowledging them. 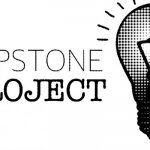