I am no “Bear” by nature especially when it concerns the crypto market. Yet, as everyone was calling for the moon, tilting in favor of the “bulls”, I was not quite convinced that the bulls had it yet. However, I couldn’t help but get agitated a bit despite being convinced that the Bulls were not in the clear just yet. I mean, this is Crypto! Bitcoin to be exact and, the only consistent thing it has done with a certain doggedness since the year of its inception is, break boundaries and steal the hearts of even the “die-hard” traditional market enthusiasts (some would disagree).

Back to my lack of conviction-this was entirely because price action had not given me the go-ahead to flow with the narrative that the bullish trend was back in full swing. There was simply no confirmation beyond reasonable doubt- based on, my trading parameters (guidelines I had set to validate or invalidate me on a position) that, the sudden seeming strength Bitcoin’s price-action was exhibiting won’t get rug-pulled and have front-runners all caught up in a Bull trap.

We were barely out of the woods yet; we were at the borderline – a place where extra attentiveness to the story the candlesticks were trying to paint was required. But no! The glimmer of hope, fueled by BTC’s sudden price pump breaking through resistances it had failed to take out in the past few weeks and, holding (closing multiple intermediate to long-term time frame candles above resistance) these levels, was considered a successful back-test. Honestly, that should have been sufficient however, the price was sitting directly underneath another strong resistance so I knew to hold on until I got a convincing close and retest above this resistance. This is certainly not where I FOMO (Fear of Missing Out) into positions, just because I felt left behind. After all, I have been taught by wise men and women of age, “Better safe than sorry.”

Further confirmation when the weekly candle closed, revealed that my patience might just pay off. Even though the timeframe was looking like a bull’s delight with, a number of “confluencing” factors calling for a much higher thrust in price action, there was an underlying factor that flashed too red to be ignored. It was the previously looming TK cross (when the Tekan crosses the Kijun). It had been looming in the shadows, clasping a dagger, and now, it was surely about to strike all helpless victims, if history was any indicator of its implications.

I am responsible for the financial decisions of some (those who have decided to trust me to take responsibility for their investment decisions)and right now, I can’t help grinning from ear to ear. As a trader, it must never be about always being right . In fact, the minute one begins to take trades with that mentality, it places them in a compromising mental trap of having skewed analysis. As a result, their biases are always in favor of the direction of already executed trades or analysis. The reason therefore, for my excitement is because, the agitation I felt two weeks ago was needless. I was only agitated because, I had some clients asking continually with almost every rise in the percentage growth of price if I am sure they should not have bought in or even now, buy into the hype. But, I held my ground even though my response was less profound with every reply as, it left me pondering if I had made a grave mistake that may cost them some huge profit percentages if the crypto market were to take off to the moon ay minute, without them. Thankfully, at the time of this writing, the price drop has been on for a number of days and, threatens to plummet even deeper in the coming weeks, and months to come. 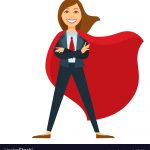