We were introduced to the Cynefin framework by Dr. Anibaba. It is generally referred to as a manager’s framework for decision-making. It was created by Dave Snowden who used to work for IBM. The framework was designed to aid managers to decipher that every problem is different and required a peculiar approach to making an informed decision,

The Cynefin framework is broken down into four domains namely,  Simple, Complicated, Complex, and Chaotic.

Simple: Sometimes referred to as obvious or clear by the different schools of thought. It is the known knowns, the situation is stable and the effect is obvious. These are usually decisions that are predictable and repetitive. For example, if you were to visit South Africa and you are expected to drive, even though they drive on the left and we drive on the right in Nigeria, it is still going to be an obvious practice to comprehend because you have a sense of what to do and how to respond,

Complicated: These are the known unknowns. The relationship between the cause and effect requires analysis and could have a range of right answers. The analysis is the deciding factor in this domain. The ABP case study is a simple example of the Complicated domain where we have our problem statement and criteria and we have to analyze by accessing these facts and numbers to make an informed decision. This is also usually the domain of professionals like Doctors, Engineers, etc.

Complex: These are the unknown unknowns. The cause and the effect are not repeatable. There are usually lots of multi experimentation. The last case we analyzed during the last ABP class is an example of this domain, where the lieutenant faced a dilemma on whether or not to take down the leaders of a terrorist network (Islamic group Al Shabaab) planning a major operation that could claim as many as 80 lives in Kenya by dropping a hellfire missile on them while risking the life of a 9-year-old girl, Alia, selling bread in an area close to the house being occupied by the terrorists.  In a complex domain, any action can change the complexity of a situation in many ways.

Chaotic: In this domain, the cause and effect are unclear. In this domain, you do not have the luxury of processing your thoughts. Events in this domain are tricky to wait for articulated-based response. A perfect example is the one shared by Dr. Anibaba in class about the 2001 Ikeja bomb blast. At the time she was residing in the Palmgrove area of Lagos state with are two daughters when the bomb blast occurred and the only thing in her mind was the safety of her family. She tried to drive out but there was chaos on the street as everyone was looking for somewhere safe.  In this domain, you act before you begin to sense the environment and ultimately respond. 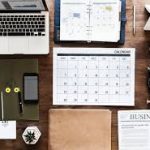