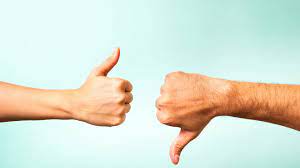 I thought I might give my two cents on the current Russia-Ukraine crisis but from a perspective that hasn’t been looked at much by the Western media. It is very easy to follow the programming that has been given to you. A few examples that come to mind are the programming from your parents, school, Church, CNN, BBC, etc. The list goes on. What takes a bit more courage is to look at what the other side thinks. In my opinion, it is also important to question your own thoughts and upbringing and come up with your own conclusions. In fact, not hearing the other side of the story is dangerous, otherwise, how would you know if your side is in the right. There is a saying that goes, ‘one man’s terrorist is another man’s freedom fighter.’. We will always believe that we are on the right side. Always may be a strong word to use here but most of the time people think that they are on the ‘good’ side. There are a couple of reasons for this. The first is that most people wouldn’t want to consciously do something that they know is wrong, so sometimes it is more convenient to convince yourself that you are on the right side of history. The second reason is due to our programming. For example, there are many people in North Korea who love their leader and the same goes for Russia.

It is a very difficult concept to get your head around the idea that many Russians love Putin but it is a reality. Please don’t misunderstand my claims in this write-up. I am by no means implying that every country that has a dictatorial leader loves its leader. The same is true for democratic governments. There will always be those that are for the regime and those that aren’t. This leads me to the purpose of this blog. I wish to present the Russian side of the story.

Ever since the collapse of the Soviet Union, the relationship between the West and Russia has been cordial. To be more precise, trade between Russia and Europe is so interlinked that despite the current sanctions, Europe has to import a lot of gas from Russia. Despite this cordial relationship, the US and NATO have been constantly pushing eastward. This eastward push is to ensure the Western cultural influence (soft power) and also to ensure a military presence on the Eastern side of Europe. This constant push led to the Crimea conflict and the current Ukrainian situation we have today. Russia has been warning NATO and its allies to stop pushing eastward to ensure the balance of power, but this was not obeyed and thus we have the current situation we have today.

Although this is a very top-level analysis, I hope you are able to see this conflict from a different perspective. Now Russia almost looks like the victim. It is always important to hear both sides of every story. Freedom of the press is important and so is a balanced story. 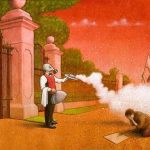