WHEN DO WE USE WHICH?

The English language is, without a doubt, a challenging one. Because English is packed with exceptions, unclear rules, homonyms, synonyms, and needlessly difficult spelling, there is a lot of potential for a technical mistake. Regardless of these unpleasant truths, it is much more awful when someone makes these common errors. They may make or break your chances of landing a job, indicate sloth, or make you appear illiterate. Keep these widely overused terms and phrases in mind the next time you write a cover letter, prepare an email to your professor, or write a term paper.

This is by no means an exhaustive list, but it should at least get you started on recognizing the small differences between words.

Here are what I consider to be the top ten most confusing word pairs:

Lose – pronounced with a “z” sound – is a verb meaning to not have something anymore, to be unable to find something or to not win. You lose your cell phone, or you lose your way while driving somewhere.

Loose – with an “s” sound – on the other hand, is an adjective that means free, unattached or not tight. It’s also a verb meaning to untie or let go of something.

With these words, we have similar spellings, similar meanings, and only a slight difference in pronunciation.

Advice — with an “s” sound — is a noun. You can give your friend some advice.

Advise — with a “z” sound — is a verb. With this word, you can advise your friend. The meaning of the two words is basically the same.

Again, with these two words the main difference is grammatical, although they’re pronounced slightly differently. Usually, affect is a verb and effect is a noun, and they’re used when talking about the results or consequences of particular actions.

Compliment —If someone says to you “I really like your shirt” then they’re complimenting you. In other words, they are giving you a compliment. As a verb and noun, compliment means saying something nice about someone.

Complement — is when two things go well together, or complete each other. This word is often used in food and in fashion to describe matching styles or ingredients.

Bear — as a verb — has several meanings, including to hold up or support a heavyweight and to suffer or endure difficulties. We’re not talking about big hairy bears that live in forests.

Bare, meanwhile, is an adjective that means naked or uncovered, or a verb that means to uncover or reveal.

Make sure you understand the differences so you don’t get confused. 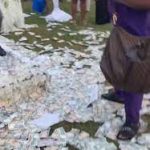