THE AXE AND THE TREES – REFLECTIONS OF A CONCERNED CITIZEN

“The forest was shrinking, but the trees kept voting for the axe, for the axe was clever, and convinced the trees that... 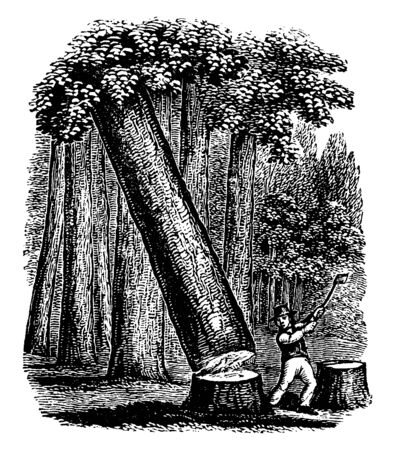 “The forest was shrinking, but the trees kept voting for the axe, for the axe was clever, and convinced the trees that because his handle was made of wood, he was one of them” – Turkish Proverb

The allegory above depicts the deplorable state of democracy in the Nigerian State.

Markedly, such factors as ethnicity/tribalism, gender bias, and religion influence the Nigerian political landscape. These considerations becloud the political decisions of the voting public at general elections.

There is a long-standing history of ethnic bias in Nigerian politics. Competing groups seek to protect and advance their interest in the political system. Thus forfeiting objectivity on grounds of language, culture, or common history.

The participation of women in politics in Nigeria is way below the global average. Undoubtedly, this reflects the gender inequality in our democracy. Furthermore, the cost of contesting for elections in Nigeria is significantly high. Statistics reveal that men have more access to capital than women. Accordingly, a lot of qualified women are unable to contest as a result of financial considerations. In addition to this, cultural factors which promote the education of the boy-child over the girl-child automatically disenfranchise a large population of women.

Furthermore, there is a decisive relationship between religion and politics in Nigeria. This is contrary to the principle of secularism, which is a concept that promotes the separation of the state from religious institutions. A lot of votes are cast and won on grounds of shared beliefs, rather than political ideologies.

Politicians exploit the prejudice of the electorate to gain their support at the general elections. They adopt propaganda and various ethno-religious campaign messages to sway the choice of the voting public.

Specifically, they organize frivolous jamborees in the guise of campaigns. At these ‘campaigns’, branded souvenirs and food items are distributed to the deprived electorate. This is amidst feeble political manifestos that lack substance.

These corrupt politicians give the voting masses cash gratifications in exchange for their votes.

Indeed, we can allude to this ‘sale of votes’ as a direct consequence of the high rate of poverty, illiteracy, and increasing unemployment in Nigeria.

“any number of voluntary activities undertaken by the public to influence public policy, either directly or by affecting the selection of persons who make those policies. Though typically associated with voting in elections, political participation includes other activities in the election process.”

Consequently, voter apathy is considered a strong indication of the degree of political participation in a democracy.

The Anambra Gubernatorial election and several Local Government elections suffered a low turnout of voters in 2021. Indeed, this is worrisome, especially as the 2023 polls beckons.

Every citizen has both the right to vote, as well as the civic duty to vote. We must stand to be counted to do our part in deciding the future of this great nation.

Our political choices must be free of bias, selfish interest, and pecuniary interest. Rather we must make informed decisions and support the best man or woman to be elected to office.

As a people, we must ensure that we do not make sub-optimal choices in our leadership decisions and thus destroy value.

This is a charge to action to Nigerians to exercise their civic right in the forthcoming 2023 elections, void of prejudice. We must not stand by as spectators do, rather we must play an active role in deciding the governance of our nation.

Do you have your Permanent Voter’s Card (PVC)?