I am back once again to intimate you of my numerous experiences after selling my kidney to pay for an MBA at Lagos Business School. One of the most entertaining courses for me was a course taken by the very pleasant Mrs. Utende. I had never been so mentally stimulated as we dissected case after case, learning the not-so-obvious sequence to solving business problems. I remember telling one of my group members BJ, how this is my favorite course and I was certain it was the reason the universe directed me to this school. I was in for a rude awakening.

Fast forward 5 weeks later and I am wondering if I am the only one in class who feels like I underestimated the amount of work needed to analyze business problems. So we started by working on a case named ‘Microderm’ about a company called Liderm that created a unique product for the prevention of diaper rash. They were at a crossroads; to decide if they should increase the price of the product and be kicked out of a guaranteed 80% sales volume market, or maintain the same price bearing massive losses each year. Sounds straight forward right? NOT!!

So the idea of the course is not if the answer you choose is right or wrong, but rather what information in the case note informs your decision. I started by writing a lot of text and explaining using some sales volumes and backing up my childish argument with common sense. My dear readers, only when it was discussed in class did I realize that all my research on the case only helped to justify my guesswork answer. As I said earlier, the course did not only surprise me, it went further to teach me a life lesson: not all thoughts that start well ends well.

Like that wasn’t enough, I spent the whole of yesterday reading up the new case in-depth to be prepared for our group discussion that night. I wanted to show my team members that I was a gem and knew everything there was to know about the mountain man case. So for those of you that don’t know, mountain man is a case study that talks about the problem of a brewery in West Virginia. Ancient and profitable, the mountain man brewery prides itself in the reputation of their only product, the mountain man’s larger beer. Bitter and strong, the recipe was first introduced in 1925 when the majority of the earning class were blue-collar workers that did a lot of manual work. It even has the picture of coal miners on the bottle to identify with its market. The problem now is that miners and other old-school blue-collar workers are a receding fraction of the drinking population. Many youngsters favor a ‘light’ beer option and most of mountain man’s competition had jumped on this train and made light versions of their product. Chris Pangel who is the son of the current CEO just got back from his MBA and wanted the company to also join in on the new light market by introducing the mountain man light brand. Being the marketing manager of the company, he was worried that the continuous drop in revenue may become losses eventually when he takes over as CEO in 5 years. Long story short, I realized during my group session that the entire analysis I did as my submission was just the executive summary. Felt worse when I noticed that I was the only one without an excel sheet in the entire group. All the text I wrote was irrelevant compared to the complex interconnected sheets filled with numbers which I had to pretend to understand. Apparently, we were not to just analyze with mouth and English alone but with projections and loads of calculations. As a man that thirsts for knowledge, I have changed the course title to CALCULIZING BUSINESS PROBLEMS. This should remind me to always have a spreadsheet open when looking for the best business decisions.

I have never given up on anything in my life, I am not willing to give up now. I need to constantly remind myself of the popular line from the serenity prayer: God, grant me the serenity to accept the things I cannot change, courage to change the things I can, and wisdom to know the difference.

Signed: The Prince of Business 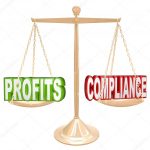