While some people might think gaming is just a way of passing time or for unserious people, i take gaming to be a way of relaxing my mind and unwinding after a stressful day.

There are various types of games; intellectual games, action games, adventure games (which happens to be my favorite). And there are different mediums or platforms too, they are called “Consoles” people often mistake one for the other.

A Sony Playstation is not same as Microsoft’s Xbox, the gaming system is similar though. There are some gaming that can be played on both consoles, while some are specifically designed for a particular console called exclusives.

Here’s a quick rundown of video gaming system or consoles.

In 1972 Magnavox released the world’s first home video game console, the Magnavox Odyssey. It came packaged with board game paraphernalia such as cards, paper money and dice to enhance the games.

In 1977, Atari released the Atari 2600 (also known as the Video Computer System), a home console that featured joysticks and interchangeable game cartridges that played multi-colored games, effectively kicking off the second generation of the video game consoles.

The video game industry had a few notable milestones in the late 1970s and early 1980s, including:

In 1983, the North American video game industry experienced a major “crash” due to a number of factors, including an oversaturated game console market, competition from computer gaming, and a surplus of over-hyped, low-quality games, such as the infamous E.T. game, often considered the worst game ever created. Lasting a couple of years, the crash led to the bankruptcy of several home computer and video game console companies.

The video game home industry began to recover in 1985 when the Nintendo Entertainment System (NES), called FAMICOM in Japan, came to the United States. The NES had improved 8-bit graphics, colors, sound and gameplay over previous consoles.

Also in 1989, Sega released its 16-bit Genesis console in North America as a successor to its 1986 Sega Master System, which lead to the first console wars but failed to adequately compete against the NES.

In 1995, Sega released in North America its Saturn system, the first 32-bit console that played games on CDs rather than cartridges, five months ahead of schedule. This move was to beat Sony’s first foray into video games, the PLAYSTATION, which sold for $100 less than the Saturn when it launched later that year. The following year, Nintendo released its cartridge-based 64-bit system, the Nintendo 64.

The modern age of console wars started between 2005 and 2006, Microsoft’s Xbox 360, Sony’s Playstation 3, and Nintendo’s Wii kicked off the modern age of high-definition gaming. Though the Playstation 3—the only system at the time to play Blu-rays—was successful in its own right, Sony, for the first time, faced stiff competition from its rivals.

The Xbox 360, which had similar graphics capabilities to the Playstation 3, was lauded for its online gaming ecosystem and won far more Game Critics Awards than the other platforms in 2007; it also featured the Microsoft Kinect, a state-of-the-art motion capture system that offered a different way to play video games.

In 2016, Sony released a more powerful version of its console, called the Playstation 4 Pro, the first console capable of 4K video output. In early 2017, Nintendo released its Wii U successor, the Nintendo Switch, the only system to allow both television-based and handheld gaming. Microsoft 4K-ready console, the Xbox One X was released in late 2017.

Both Sony and Microsoft have their sights set on virtual reality gaming with their new revamped consoles, a technology that has the potential to transform the way players interact with video games. 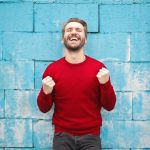