Prove What You Say

This is another one of the fallacies; it talks about the burden of proof and who should bear it. For logical arguments, whoever brings the claim must also bear the burden of proving said claim. Claiming anything and refusing to prove it or trying to shift the burden is when it becomes a fallacy. This fallacy can express itself in so many ways; ranging from harmless to very harmful.

How to quickly spot a burden of proof fallacy;

We see the fallacy present itself this way very often. Someone comes around claiming that ghosts exist or their house is haunted. You obviously tell them how ridiculous the idea is, but their rebuttal is to ask you for proof that ghosts don’t exist or their house is not haunted. This is mostly harmless and just serves to irritate you, best choice is to simply ignore the argument.

This fallacy served as the fuel for witch hunts. In the 17th century, anyone could accuse you of being a witch, with little to no evidence; and then it was left to you to prove you weren’t one. We can see how this could easily spiral out of control; accusations were flying all over the place. Trying to prove you are not a witch is actually more difficult than you might think.

We move now to the modern day, you might think witch hunts are a thing of the past; but no, they are with us till this present day. People in the last century would get accused of being spies and be promptly executed. But right now, people get accused of heinous acts like sexual harassment or rape and promptly lose their jobs before evidence is even presented.

Witch hunts steadily feed on this fallacy for strength; when you think it is a thing of the past, it just evolves into a new form. It is not a healthy way to run a business or for a society to function. When everyone is afraid of an accusation, the accusations themselves become weapons people use to blackmail each other.

Tools to Counter the Burden of Proof Fallacy

Always remember the cardinal rule; if you present a claim, ensure you have the proof ready if it is needed. 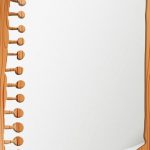