Insult Your Way to Victory

This is the second part of the series on logical fallacies, here we will be exploring the Ad Hominem fallacy. It is one fallacy I personally hate encountering and I am sure we have all experienced it at least once in the last 30 days.

Why is it Bad

Arguments that go down the road of personal attacks can easily lead to physical violence in some situations. Unless the argument is about who is better in a fistfight, this is obviously not the direction you want this to go.

Coming from an angle of ethics; personal attacks against another person is just wrong. You slowly chip away at their dignity as a person and by extension their self-esteem. Consistently going down this path will lead to you slowly isolating yourself as people notice how selfish you are. A selfish need to win any argument no matter the means or who gets hurt is definitely not a good way to build lasting relationships.

Most people do not notice when the argument suddenly drifts into becoming a fight. Some catch themselves thinking, “how did we get here?”; while others decide that since they couldn’t win the argument, they must win the fight. It is obvious that the latter is not the approach to take, hurling insults and winning that way is a very unethical approach to “winning” an argument.

Unconscious Ad Hominem arguments usually occur when you are emotionally attached to your arguments. If you catch yourself shouting or generally losing your mind in an argument; it is time to take a step back and re-evaluate. The key here is to be reasonable and be ready to listen to the facts other people present. You do not have to accept all their facts, but if they present stronger evidence than what you have, be open to the idea of changing your mind.

Now we move to the set of people who have the ad hominem argument in their back pocket as a strategy. As I mentioned earlier, it is not an ethical thing to use or even consider. The reason people do this is because they have it as a backup in case they start to lose the argument; substituting wit for personal insults instead.

We all know of people who use this strategy consistently; politicians. Politicians go for personal attacks so often that we do not even see it as wrong anymore. You hear a politician say “My opposition claims to stand for reversing climate change and wildlife preservation, but he used cocaine while he was younger, why should we trust a delinquent”. This ignores the main argument; “climate change and wildlife preservation” and moves to personal attacks to sway the voters.

When you notice personal attacks directed at you in an argument; you can point it out and steer the argument back to the topic being discussed. This works when it was unconscious; but if the attacks were deliberate, it is best not to continue and just bow out from the discussion. 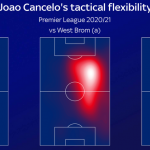