João Cancelo – The Beaute of a Full Back Position

“How often do you see a Right Full-Back playing the Left Full-Back role effectively, let alone providing five assists in two back to back games?”

João Cancelo is the definition of a modern full-back combining capable of playing two of the three styles required in the position ideally. Having joined Manchester City from Juventus on a cash plus swap deal with Danilo going the other way, he had a torrid first season (2019/2020) due to Kyle Walker’s form. Speculations of shipping him out arose as a result. Cancelo came his second season with a better understanding of what is asked of him by master tactician Pep.

Pep wants to get the best out of his players at every point in time, which he has done with Cancelo. Guardiola once said, “I’d say that there are players that play in one position and players that play football. Playing football means you can play any position because you understand the game.” Understanding the game is the trait that stood Cancelo out, and as a result, he plays multiple roles from his full-back position brilliantly. During 2020/2021 season, Cancelo started on the right full-back position combining the wide full-back and inverted full-back variations expertly. His defensive frailty meant displacing Walker was difficult. An injury to Oleksandr Zinchenko at the other side of the pitch coupled with Benjamin Mendy’s poor form gave Cancelo a chance to try at left full-back and never looked back afterwards.

To appreciate Cancelo’s play, we need a little understanding of the full-back position in football

The full-back position and its variations

The full-back position is one of the most important for a team playing the 4-3-3 formation like Guardiola’s City’s. Numerically, the full-back positions represent No. 2 and No. 3 as the right full-back and left full-back, respectively. A full-back is expected to be tactically sound and have the stamina as well as speed to cover both ends of the pitch. However, there are variations to the position requiring specific skillsets.

The Wide full back variation

The wide full-back variation is where the full-back stays wide and close to the by-line when the team has possession of the ball. He is required to make the pitch as wide as possible. For this variation, the full-back needs to possess speed, energy and stamina to run back when his team loses possession of the ball. Dani Alves mastered this variation during his days with Barcelona FC, and Cancelo excelled in this role while he donned the colours of Valencia CF in Spain.

The deep full back variation

In football, the first duty of the defender is to prevent the opposition from scoring goals. The deep, full-back variation sticks to this principle. It tasks the full-back to stay deep while occasionally approaching the centre line when his teammates attack. It is the more traditional variation of the position and was common during the mid-90s. Players like Paolo Maldini played this position brilliantly, deputising as Left Centre Backs and Left Full Backs, while Kyle Walker more recently plays as a Right Centre Back and a Right Full Back.

Midfielders are generally the best players on the pitch with an excellent understanding of the game. They know how to keep the ball, pass it, start an attack or stay back. Inverted full-backs are like a midfielder, and they join the midfield when their team is in possession. They help their team keep the ball and nullify the threat of a counter-attack from the opposition. Philip Lahm was a sweet footballer whose understanding of the game got Pep to convert him into a midfielder. As a full-back, Lahm played as an inverted full-back helping Bayern Munich win the champions league in 2013. Cancelo played this variation during his time at Juventus FC.

João Cancelo and the multiple variations

Now Cancelo has taken his ability to play multiple full-back variations to another level. While he rarely plays as a deep full-back, he switches between the other two variations for fun. Mainly, he played the inverted full-back role well in 2020/2021. He played as the right full-back when Walker was injured or rested and mainly as the left full-back. As an inverted full-back (either on the left or right), Cancelo took over the team’s playmaking duties, giving the primary playmaker Kevin De Bruyne freedom to play further forward when fit and reducing the impact of his injury on the team while KDB was injured.

Cancelo’s footprint was evident through all of ManCity’s play in the 2020/2021 season. He had touches all over the pitch and made oppositions pay at will.

Cancelo helped ManCity win the English Premier League and the EFL Cup in the 2020/2021 season. He also helped them to get to the final of the UEFA Champions League for the first time. “Who knows what would have been if Cancelo started the champions league against Chelsea on May 29th at the left-back position?” He already helped the team past Borussia Dortmund and PSG, but then “Pep knows best.”

Cancelo has started the 2021/2022 season from where he stopped last season. With 17 games this season, he has played 14 games from the left-back position with Zinchenko injured and Mendy (is he still a City player?) facing legal issues. Cancelo has mastered the art of playing attacking the by-line from the left using his weaker left foot to whip in crosses or interchange play with the inverted winger close to him. He adds this to the ability to cut onto his stronger right foot and affect play from the middle of the pitch. Therefore, he is playing as an inverted left-back and wide left-back brilliantly this season.

Josh Lawless wrote a column in March and stated, “Cancelo has excelled the most as a ‘false full-back’ – playing as a defender, midfielder and winger at the same time.” One minute Cancelo is receiving the ball from Laporte at left-back. He interplays with Rodri or Silva the next minute or takes a direct shot on target as a left central midfielder. The next minute he is crossing into the six-yard box for a shot on target from the left-wing role.

On November 3rd, ManCity played Club Brugge with Cancelo again at left-back. He ended the game with a hat-trick of assists. He was doing this from three different sides of the pitch or ManCity’s four goals in the game. Scoring a hat-trick is a feat in football while midfielders celebrate assists. But imagine what it takes for a defender to achieve such. Cancelo had a 9.62 rating according to whoscored.

Three days later, the Manchester Derby was on November 6th. The noisy neighbours were hoping for a miracle like they enjoyed last season. Cancelo had other plans with a cross from the left-back position, which ManUtd’s Eric Baily turned into his goal. Then, he assisted Bernardo Silva from the midfield position, bringing joy to the blue half of Manchester.

The season is still young, and there’s a lot more to come from this ManCity team. With Cancelo’s newly discovered left foot (added to his devastating right), De Bruyne’s brilliance in the middle of the pack and Foden’s precocious talent at false-nine, I say, “bring it on.”

Manchester might have been red for a while, but that is history. I dare say that Manchester is BLUE currently and for the foreseeable future. 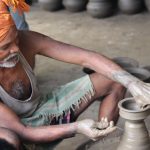