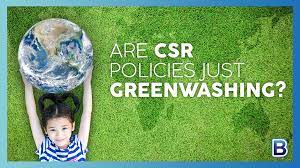 CSR is a concept whereby organisations incorporate social and environmental concerns into their business operations.

CSR has its beginnings in the 1950s in Europe and has gained traction all over the world in the 21st century. There has been mounting pressure from consumers, community groups and NGOs demanding that organisations do better socially and environmentally. Due to this, organisations have been compelled to acknowledge the demands for CSR. They have realised that in addition to economic results, they also have to achieve environmental and social results.

Recently, through my case studies, I have been fortunate to read about organisations like Marks and Spencer and HSBC that have committed to incorporate activities into their operations that reduce their impact on the environment. Other organisations such as South West Airlines have focused on making their organisation a conducive workplace for their employees (CSR for Internal Stakeholders).   Despite the increase in CSR activities, controversy exists as to whether CSR can improve the interests of internal and external stakeholders.

Greenwashing is a superficial attempt to practice CSR. It is the practice of an organisation that declares itself to be socially and environmentally friendly. However, the company does not walk the talk. A lot of organisations use CSR as a marketing strategy to improve the image of their brand. Dow Corporation is an example of an organisation that has been accused of greenwashing by the media. Dow, the current owner of the United Carbide Plant where the Bhopal gas tragedy occurred has been accused of shirking their responsibilities to the community where the tragedy occurred and how they handled the fallout out of the tragedy. When they made an announcement that as part of their CSR initiatives that they would be sponsoring the 2012 Olympics in London, there was a lot of negative press and protests.

Companies and businesses need to work together with various agencies to promote sustainable practices and improve the severe environmental and social problems that are hampering society. In this regard, organisations should look beyond their profit margins and include a social component in their financial statements as a means of measuring the environmental and social impact of their businesses. It is noteworthy that we have to protect the earth for our future generations. Therefore, we have a duty to make the world a habitable place for future generations and focus on sustainability instead of destruction. 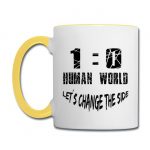