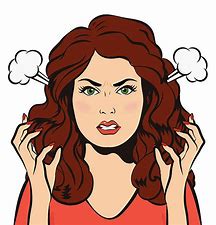 I recently got admitted into Lagos Business School. Being a baby girl who doesn’t like stress, I wanted to get a place close to school. The stress I’ve been through in just 3 weeks is enough to cause wrinkles on my soft and delicate skin. I am now so dark from the hustle and bustle of moving from one place to another without being mobile. I’ve lost more than 4kg in 3 weeks!

The hunt for an apartment in Lagos is indeed a herculean task. What have Lagos agents not shown me?? OMO!!! Did I mention that some agents will request for agency fee on arrival? This was how some agents collected money from me without showing me my preference. Having discussed these issues with my colleagues in school, they told me to insist on making payments after the inspection so that both parties are satisfied at the end of the day.

Are you new in Lagos? Shine your eyes o, don’t let anybody take you for an eeediiiat!!!! My goodness! When people say, “everyone in Lagos is mad” trust me, they knew exactly what they are saying”. Three weeks in Lagos and I am yet to see an apartment that suits my taste. Something is always wrong. Either with the road leading to the house, flood around the area, poor construction, or proportioning of space. Sometimes, I wonder if it was an architect that designed the house or a novice. It’s either the room is extremely small, and the toilet is big, or the room is big and then the toilet is so small to the extent that you cannot fully open the door. To top it all, these houses are ridiculously expensive. After several house hunts to no avail, I took a break.

On a hot Saturday afternoon in the scorching Lagos sun, my friend Reine, and I had an appointment with an agent Mr Emmanuel. After showing us pictures of houses, we were convinced that at least we would see one or two apartment that suited our preference. We were super excited and thought that we had finally found the perfect house. We were meant to meet Mr. Emmanuel at an estate gate close to school so we could check the house on the estate. Did I mention that this man was aware of our specifications and the urgency of getting a place? Mr. Emmanuel came along with a man who seemed to have known the houses we were meant to check for inspection. He took us to Happy land estate which was just a few blocks away from school and told us the house wasn’t far from the gate. Did I mention how this man kept telling us how fine the house we were going was, and how sure he was that we would like that apartment?

At a point, he was talking, and nobody was answering because he was just too lousy. I don’t know if it was the sun or the man that was giving me a headache. The journey seemed so far into the estate, that Reine said she couldn’t walk in anymore. We didn’t go further because it was too far from the gate. We told him to take us to the next house that was supposed to be closer to the gate. He took us farther down into another estate and we kept going on and on until we got to an uncompleted house.

I was so pissed at the whole situation, I mean, didn’t he get the urgency of the situation? I thought I was angry until I saw the look on Riene’s face! She was so pissed that she shouted at the agent. At this point, all I could feel was how hot my head was. The headache, the noise, and just anger! I had walked my eyes out and I was done for that day.

We were super pissed and just wanted to go home. We stopped at the closest bus to go, and just when we were about to get in, the agent requested an agency fee. Reine looked at him and said, “so you still have a mouth to ask for an agency fee after wasting my time” Reine was so disgusted, I could tell from her facial expression. At this point, they were both exchanging words and I was just blank. Reine was already on the bus and Mr. Emmanuel was obstructing the door and didn’t want me to enter the bus. Reine stood her ground and told him she wouldn’t give him money. She shouted at him and said “if you don’t move and allow her to enter, I would push you and you will fall and hit your head”

This arguments resulted in a big scene and drew a lot of attention from individuals by the roadside. made me made me extremely quiet. I haven’t seen Reine express herself in that manner. A part of me was tired, but another part of me was scared that they might get physical, and I might not be able to separate them. Yet another part of me wanted to laugh at the whole scenario. The man eventually apologized to Reine. However Reine stood her grounds and still didn’t give the agent money. It was her courage for me. I wouldn’t have been able to pull through the situation if i was alone. This is why they say ‘” Shine your eyes when you are in Lagos”

Six weeks after the continuous house hunt, I found a new Agent who took me to an apartment very close to school. On getting there, we discovered that its a new apartment and it suited every criteria I wanted. The joy I felt in my soul knew no bounds, after a lot of fruitless search with Lagos agents. Now finally, I’ve gotten the perfect house in Lagos. The baby girl standard Apartment. 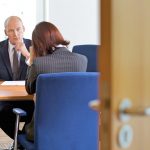