General, How to, Problem solving

I guess one of the quirks of having a multi-disciplinary facilitator is that you are never sprung for discussion topics during a session. On one of the sessions for our data analytics course (the very first one actually) our facilitator, in his explanation of how and why data is used to influence decisions made one of his fifteen (per class) external reading recommendations. He suggested that each member of the class read and understand the book, Nudge: Improving Decisions about Health, Wealth and Haziness by Richard Thaler (a renowned behavioural economist) and Cass Sunstein (Harvard Law School Professor). This suggestion was sandwiched between an explanation of the link between statistics and the treaty of Westphalia AND a monologue of how his course was going to show us real pepper so naturally, it was lost in crowded minds. However, after the smoke of R programming language, 86 chapters of an excel book and about 7 other monologues had cleared, I searched out ‘Nudge’ and found out as much about as I could. I must say, I did not regret this decision. I’ll attempt to share a few of the principles I found helpful for a clearer understanding of data analytics as well insight into human behaviour.

The book essentially popularized the “nudge theory” which is defined as an approach to understanding and influencing human behaviour by designing and offering free choices to people so that their decisions will produce more useful outcomes for themselves and the society at large.

ELEMENTS OF THALER AND SUNSTEIN’S ‘NUDGE’

“…when we use the term ‘libertarian’ to modify the word ‘paternalism’, we simply mean ‘liberty-preserving’…”

By this statement, the pair indicated that the freedom of people to make their own choices should be protected by the leadership and/or those responsible for the people (these were referred to as choice architects. In some way, we are all choice architects). They illustrated this by comparing ‘putting fruit at eye-level’ to ‘banning junk food’, insisting that the former counts as nudging while the latter definitely doesn’t.

The book explained this with an experiment carried on a group of people. They were asked how happy they are and then when last they had been on a date. Initially, both questions recorded a low correlation. However, when reversed, it was noticed that most people attributed their happiness to their dating life.

This points out that the greater the commonness or prominence of a thing is, the more likely it is to be perceived as valid and trustworthy. Music promotion platforms and other mass media use this principle heavily.

What choice are you most likely to make between keeping your savings and putting it on the outcome of a coin toss for a chance to attain more? Thaler and Sunstein opine that most people are risk averse and would rather keep their possession. Ironically, this method is used frequently by investment seekers.

This particular principle has helped me greatly with my public speaking and conduct in public. It simply explains that people don’t care as much as we (tend to) think they do. Sometimes we invite undue pressure on our actions and decisions by over-estimating their significance to those around.

There are still several other biases discussed in the book (and in a SHOCKING turn of events I find myself recommending it for ‘external reading’) like Representativeness, status quo bias and temptation bias (which bring the ‘What’s in it for me?’ factor to light). However, I conclude this epistle by stating that without a nudge, people can be overwhelmed by choices in complex situations, a result of which ranges from an embarrassing date proposal to a lack of retirement plans. 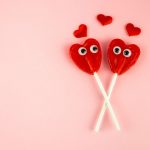