How to Make Business Decisions That Work 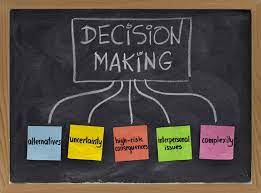 Every day, we make decisions. Some situations are straightforward, while others are complex and chaotic. A decision framework can help to speed up and simplify the decision-making process.

The systematic approach is a framework for obtaining and organizing data for both non-complex and complex situational decision-making. The process helps protagonists to acknowledge their objective and subjective thinking. It can also help minimize cognitive biases that often plague decisions. The eight steps of the systematic approach are as follows:

In real life, gathering relevant data, observing events, interviewing key stakeholders, and deploying surveys can help you understand the context. The five “whys” questioning technique is an effective tool to use. Using the five why method, you can determine the root cause. Depending on who is asking the question and where you start, you may not get to the fifth why before identifying the root cause.

What, when, how, where, who, and why can also be used to obtain information about all aspects of a situation. A decision tree is another excellent tool to employ.

The context and decision questions are frequently captured in the problem statement. A problem is a chasm between one’s current situation and one’s desired destination. The goal of problem definition is to link a symptom to a root cause. It is critical to distinguish between a cause and a symptom when defining the problem because symptoms are only indicative of an underlying cause. And symptomatic treatments result in ineffective interventions.

The following actions can help you articulate the statement:

1. Investigate the cause, nature, scope, and consequences of a problem.

2. Recognize the source, nature, scope, and consequences of a problem.

3. Describe the situation in detail, including what, who, why, when, where, and how.

Wumi and her family relocated to Qatar in 2015 due to her husband’s job re-deployment there. Wumi and her family settled in quickly, taking advantage of the country’s luxurious accommodations, excellent school system, and delectable cuisine. Due to diplomatic issues with the country’s neighbours, several goods, including L’Usine bread, were banned from entering the country by 2017.

In response to the high demand for high-quality bread, Wumi began baking her own. The market has been researched, and Wumi’s feasibility studies indicate that the bakery venture has a good chance of succeeding. Wumi, on the other hand, needs capital to start the business because it will require far more money than they currently have. As a result, she is seeking outside funding for her profitable bakery idea in Qatar. Should she partner with a local sponsor? Should she operate as a foreign company from somewhere other than Qatar? Which of these doing business in Qatar vehicles would best meet her goal(s)?

Steps 3 – 8 will be covered in subsequent articles. Hopefully, we’ll be able to make sound recommendations that will help Wumi decide. 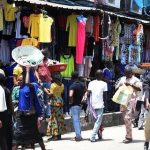