Artificial Intelligence: The World to Come 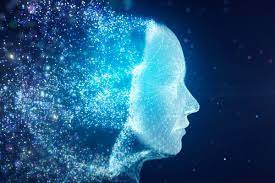 Artificial intelligence (AI) is the emulation of human intelligence in devices that have been designed to behave and think like humans. The phrase can also be used to refer to any computer that demonstrates characteristics of the human intellect, like learning and problem-solving.

The ability to reason and take actions that have the best likelihood of achieving a certain objective is the ideal quality of artificial intelligence. Machine learning (ML), a subtype of AI, is the idea that computer programs can automatically learn from and adapt to new data without human assistance. Deep learning algorithms allow for this autonomous learning by ingesting vast quantities of unstructured data, including text, photos, and videos.

The first thing that comes to most people’s minds when they hear the words “artificial intelligence” is typically robots. That’s because the movies and books frequently include human-like machines that cause havoc on Earth. But the opposite is actually true. Artificial intelligence is founded on the idea that human intelligence can be described in a way that makes it simple for a computer to duplicate it and carry out activities of any complexity. Artificial intelligence aims to emulate cognitive processes in humans. When it comes to concretely defining processes like learning, reasoning, and perception, researchers and developers in the field are making unexpectedly quick progress. Some people think that soon inventors might be able to create systems that are better than what humans are currently capable of learning or understanding. Others, however, continue to be wary of this view because all cognitive processes involve value judgments that are influenced by human experience.

The criteria used to define artificial intelligence in the past are becoming obsolete as technology develops. For instance, machines that perform simple calculations or optical character recognition on text are no longer regarded as embodying artificial intelligence because we now consider these capabilities to be part of any computer.

AI is constantly developing for the good of numerous sectors. A multidisciplinary approach based on mathematics, computer science, linguistics, psychology, and other fields is used for wiring machines. Artificial intelligence has a plethora of uses. The technique can be used in a wide range of industries and areas. AI is being tested and deployed in the healthcare sector to provide medication dosages, disperse various treatments suited to individual patients, and support surgical procedures in the operating room.

Other instances of artificially intelligent machines include chess-playing computers and self-driving automobiles. Each of these machines must consider the effects of every decision they make because every action influences the outcome. The goal in chess is to win the game. For self-driving cars to function in a way that avoids collisions, the computer system must calculate all external data and consider it. Artificial intelligence is also used in the banking and finance sectors to identify and flag suspicious behaviour, such as odd debit card use and significant account deposits, which benefit a bank’s fraud department. AI applications are also being utilized to facilitate and ease trade. This is accomplished by simplifying the estimation of supply and demand and securities pricing. 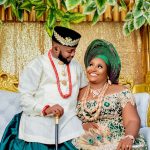