CSR has been defined by the European Union as “a concept whereby companies integrate social and environmental concerns in their business operations and in their interaction with stakeholders on a voluntary basis”.

With modernisation and advancement, people began to feel that (beyond complying with statutory obligations) companies should behave responsibly and empathetically to the stakeholders , environment and immediate community. In addition to furthering the interest of members and investors (to make profit), the CSR believes that the company should include the interest of the public… that companies should have some responsibility to the society beyond making profits.

In theory, we have the antagonists and protagonists/proponents.

The Protagonists argue that CSR would eventually be in the interest of the company in the long term. That businesses are inextricably linked to the society which determines their very survival in the long term.

The Antagonists argue that CSR distracts the company from its fundamental economic and business role. That CSR seeks to give the companies functions which the government ought to perform. The Laissez-faire proponents note that the main aim of the company is to make profit. Milton Friedman also posits that the social responsibility of business is to increase its profit.

In determining the ethicality / “CSRness” of a company and the extent to which it lives up to its CSR objectives; Marianne Jennings and John Entine[1] both note that we should ask the following 8 questions:

–           Does the company have a sense of propriety? After complying with the law, the funds of the company should be ethically applied to their objects or intended purpose. E.g. some companies are producing genetically modified foods, media companies beginning to air sex scenes and so on are considerations under ethics.

–           How honestly do product claims match with reality? And where they do not match, are customers’ complaint treated appropriately?

–           How forthcoming is the company with information? Does it disclose to the stakeholders? Most failed banks did not disclose that they were failing when customers were investing. Such banks should be regarded as socially irresponsible.

–           How does the company treat employees? Some Chinese factories in Lagos despise their workers’ safety and welfare. Some new generational banks give their employees certain herculean “targets” to meet or face dismissal.

–           How does the company handle third-party ethical issues? E.g. is the company committed to human rights, labour relations, etc?

–           How charitable is the company? Although sometimes eye-service may predominate.

–           How does the company react when faced with negative disclosures? Do they say nothing or respond immediately or do they attempt to cover up the problem or charges. How well does it respond to stakeholder’s fears and anxieties?

The United Nations came up with the “UN Draft Norms on the Responsibilities of Transnational Companies and other Business Enterprises with regard to Human Rights” which is to establish an international framework for mandatory standards of CSR. It provides that no business shall benefit from international crime and must guard against bribery and corruption. Environmental protection, consumer protection, international business standards and the likes are also advocated.

The CSR practice in Nigeria usually focuses on philanthropy, charity, donations, sponsorship of events and so on. This is only one aspect of CSR in the real sense. This CSR practice in Nigeria may be linked to our agrarian mode of livelihood and family/kinship pattern of production. Less focus is placed on employee relations, improvement of product and processes, environmental improvement and so on[2]. It is hoped that there will be greater enforcement of CSR Expectations in Nigeria. 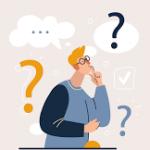