Coming to Lagos, living in Lagos!

It’s been 15 years since I came to live in Lagos permanently as a Lagosian.

I was born and bred in the Eastern part of the country. Primary, secondary, and University education was all in the East. Enugu, the coal city was a serene environment where you woke up at 6.30 am and still got to school before 7.15 am. You could move from one part of the Town to another without a single traffic jam, day to day, week to week, year to year. I did my Youth service in Benin, with minor traffic, with better roads versus what we have now. The only part of the East that can boast of a Traffic jam is Port Harcourt which I visited often but never really worked in, so the traffic was not significant.

My coming to Lagos was for special occasions like a job interview, I could not understand why my Aunty advised me to leave the Mainland at 5.30 am to be able to make the Interview at Victoria Island and then the Assessment Centre at Lekki Phase 1.

After the interview, I was recruited and posted to Calabar, another Eastern beautiful, serene, and neat town. My Lagos trips were only for meetings, and training and for traveling for various Company Events outside the Country. We enjoyed pickups from the Airport by the Company Security team to any part of Lagos. I experienced Traffic that made me say “I cannot live in this Town”.

The Genesis of Living in Lagos

I met my husband in the East on one of his visits to my boss who happened to be his cousin, that is a story for another day. He lives in Lagos and often came to the East for celebrations and to visit his Family. It turned out, he resides in the same town I have always dreaded and heard about.

After the wedding, the Company in a bid to ensure I am with my husband transferred me to Lagos. For the first 3 Months, I was deployed to the Regional Office which was about 20 minutes to the Office and 40 minutes back home, life was good.

Living and experiencing the Lagos Traffic

Then came the Promotion, where I was posted to the Head Office in Victoria Island, truly, that was the beginning of the real Lagos encounter. Going to work took between 40 minutes to 1 hour then, and this is not the case anymore. From work sometimes it took me between 2 to 5 hours in standstill Traffic.

I passed through Oshodi every day, with the bumper-to-bumper traffic, every day. Going home daily, was a 5-pillar traffic journey from work.

Pillar 5: Last but the least, the inside Estate Traffic. That was the worst of it all. I could leave the car, get to the house, and finish cooking dinner, and still, my car was not back. The traffic was massive.

At first, as I move from one traffic pillar to another, I will call my hubby and complain about how this town is not working for me, etc.

I finally settled into the Hustle and Bustle

Before I knew it, I adjusted and now it is hard to think about those traffic jams, I plan my movements better, I know how to predict the traffic each time to ensure I do not spend so much time in traffic, and I know most short cuts to get to my destinations earlier. I can now qualify as a certified Lagosian. 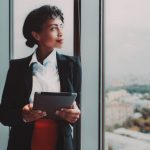