Sometimes we need to sit down and question the reason people choose to display certain traits. Questions regarding the nature of attraction, gain or drive that fuel certain behaviors come to mind. In the world of today, it is impossible to go a day without seeing obscenity, it has been the trend for the past few decades. Although, it has become evident that some of the advertisements we still see on television are somewhat decent compared to what the western world feeds their public.

However, I will not deny the fact that the impact of their ads has also damaged our society.

Manipulation, as defined by the Oxford Dictionary, “is the behavior that controls or influences somebody/something, often in a dishonest way so that they do not realize it”.

For so long, we looked up to the west as the standard of beauty, defining what it should mean around the world. The new age saw the advancement and popularization of cosmetic surgery. At one time our women bleached their skin to become fair, if you were not satisfied with the way your nose looked you could go for a rhinoplasty, hair lines could be adjusted if it did not look good, breast enhancements. Now, butt enlargement, or what is commonly known as the BBL is the new craze. Yet with these standards comes the implication of side effects, which could at times, lead to death.

Regardless of the factors or intentions, it eventually results in harm. When I look deeply into the definition of the word, “manipulation”, I see it in various facets of humanity. This includes governments all over the world, a loving husband and a manipulative wife, coworkers, the marketplace, health care systems, financial institutions, sports brands, fashion houses, infants, and the list goes on.

People/organizations manipulate and use mental distortion and emotional exploitation to influence and control others. As a result, advertising has played a big role in the development of a society that seeks materialistic goods and acceptance before core values.

This week, as part of my assignment I came across businesses utilizing unethical conduct to manipulate their customers into buying their products. In the most bizarre of cases, these businesses resorted to influencing the subconsciousness of the customer to buy a product out of peer pressure, body dysmorphia or outrightly sell sex. Often resulting in physical, and mental harm or injury.

Advertising has been used as a tool of communication with the users of a product or service from its inception. “Advertisements are messages paid for by those who send them and are intended to inform or influence people who receive them”, as defined by the Advertising Association of the UK.

A clear example of this, is the fashion house Calvin Klein, an internationally recognized, American fashion house. The company, which became famous for its designer underwear and denim lines in the 1980s, specializes in mass-market, ready-to-wear clothing for all genders and age groups. For the past two decades, the fashion house has been embroiled in a string of controversies involving the use of manipulative advertising used on its customers, as well as the intentional use of sex to sell its advertising.

In one of its many advertisements from the early 1990s which I stumbled across, depicted teenagers strutting around in tight denim jeans with male adults in the background speaking to them in a sexually suggestive manner. It came across as soft pornography according to a parent who was interviewed; it was considered so unethical at the time that it drew fire from critics in the media and the American Family Association, and even President Bill Clinton publicly weighed in and rebuked them.

This, however, did not stop over the years as the brand continued to push the boundary on how manipulative advertising was viewed in the public eye, using unethical means to push for the sales of its goods.

In these types of manipulative advertisements, I have noticed a trend of women being falsely portrayed, causing developing girls and women to feel guilty and ashamed when comparing themselves. Unrealistic expectations, objectification, and sexualization, are only a small fraction of the many negative effects caused by the fashion and beauty industry’s manipulative advertisements on the women of today’s world. 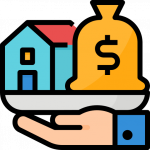