The Interplay between Religion and Morality/Ethics 

Often, religion and ethics are treated as the same thing, with various religions making claims about their belief systems being the best way for people to live, actively trying to convert unbelievers, and trying to legislate public behaviors based on isolated religious passages.

Morality until recently has been seen as a brainchild of religion and thus an essential part of religion from which it is inseparable. This assumption has even led some scholars to hold that there can be no morality without religion since morality is intrinsically a part of religion. It is therefore assumed that a religious person is essentially a moral person and that a moral life may not be possible without religion. If this assumption is upheld, it will mean that with the multiplicity of major religious denominations the world will be a better place. Whether this is so is an issue that elicits fierce divergent views among scholars and people of various orientations. [Source: researchgate.net)].

Can religion and spirituality promote ethical behaviour in the workplace? It’s a contentious issue, but research suggests that there is a relationship between both ideologies.

Much moral philosophy is rooted in religious belief, although some secular ethics have a tradition going back to the ancient times. Many thinkers who subscribed to some form of a religious belief system recognize that it is possible to live a good life without recourse to religion.  Although atheists can live ethical existence, the difficulty they grapple with is to find out justification for their ethical behavour, the question of where the morality ultimately comes from. The most common answer point to this is to share social convention and the universal human nature which are its evolutionary roots. On the other hand, religion and religious organizations and practices have a wide variety of comprehensive services, groups, lectures, readings, models, and so forth that can regularly impart, support, and provide corrective feedback about ethical principles and guidelines to their members. The secular community just doesn’t seem to have the organizational structure to do so. There are some exceptions of course to these situations. These groups highlight virtues such as honesty, integrity, and responsibility. So, it appears that one doesn’t have to be religious or spiritual to be ethical, but it might help having the organizational structure that religion offers to encourage and reinforce ethical principles and behavior. On the other hand, religious engagement and practices encourage and support “clean and clear living.” (Source: International Journal of Recent Research in Social Sciences and Humanities (IJRRSSH)).

To bring this closer home, I once had a colleague who was hired to handle the graphics designs for the Organizations’ Marketing team. At some point he began to complain that his faith did not support celebration of most festivities and as such he could not participate in coming up with the graphic designs for such celebrations. He had to tender his resignation due to the repeated conflict with his faith. Will you say this was a right or wrong decision? and do you think the choice of his faith was a determining factor in his work ethics?

As much as we may feel that Religion and morality are mutually exclusive, when it comes to decision-making, it appears that one’s spirituality and personal beliefs will always come into play.

In my view, since Business is a continuum, all businesses should set out with a well-crafted Mission and Vision statement which should be grounded on the “core Values” of the organization. This is quite different from when we have the need to make individual decisions in our personal lives.

The ethical principles that guide a business should be founded on the core values of the organization. This sort of gives a leveling ground to eliminate individual biases and personal beliefs.

Ethics and Values together lay the foundation for sustainability. While they are sometimes used synonymously, they are different, wherein ethics are the set of rules that govern the behavior of a person, established by a group or culture. Values refer to the beliefs for which a person has an enduring preference. Ethics and values are important in every aspect of life, when we have to make a choice between two things, wherein ethics determine what is right, values determine what is important.

In the world of intense competition, every business entity works on certain principles and beliefs which are nothing but values. Likewise, ethics is implemented in the organization to ensure the protection of the interest of stakeholders like customers, suppliers, employees, society and government. 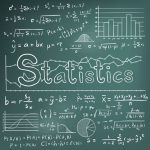