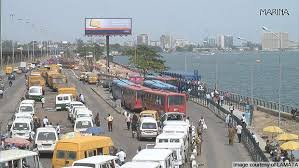 What is this? This Lagos is mad.

You curse softly under your breath as you stumble on the scattered stones on a half completed road. You try to maintain your pace as you struggle with limited oxygen, the stench coming from the gutters can make someone pass out so you try not to inhale deeply.

All this wahala wouldn’t have started if you just stayed in Asale, but you say no. You wanted access to bigger opportunities, now hunger and near homelessness have become your best friends.

You had a plan when you left Asale, but that plan seems to have gone up in smokes. Instead you’re stuck in a place where people shout loud curses at each other in traffic…

And rent houses but live in their offices.

Your real problem with Lagos is that last week, your landlord had increased rent in the middle of the year!! Which automatically meant everyone owed rent. This obnoxious man who somehow managed to own a house had even said everyone was to pay the extra even on the past months.

Uncle Juru, (your favorite neighbor who you gave part of your Egusi soup anytime you cooked it because his love for Egusi and Arsenal football team drew you together), had spoken up against it and called it

“We can’t possibly be expected to pay such sums of money, we have rights.

And the other neighbors had oohed and aaahed in assent but when Oga landlord had called thugs to break into Uncle’s Juru room and throw his things outside in a heavy downpour, nobody said anything. And the silence had continued since then.

Mama Onome’s way of dealing with the situation was start a series of all-night featuring loud singing of her favorite single “Jehovah is your name, Jehovah is your naaaaaaaaaameee, mighty warrior, greeeeaaaaaaaaaaat in battle, Jehovah is your name” and loud shouts of UNSAPA me oh lord and kill my enemies, suffocate them in their sleep and violent tongues which rolled off her sounding like a well-oiled machine gun.

These prayers wouldn’t have bothered you if they had not resulted in you not being able to sleep which lead to a splitting headache that you had to endure all day.

You suspected that the forces of evil and risen up against you and thought about borrowing a leaf from mama Onome and hold some all-night prayers for yourself but you sucked it up and asked your boss for a raise because anytime you left the house, you imagined your things soaked and in the middle of the road and that fear wrapped itself around your neck, till you kept muttering God abeg o so you wouldn’t choke. 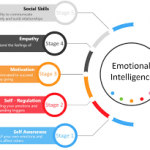