Hunger in the Land 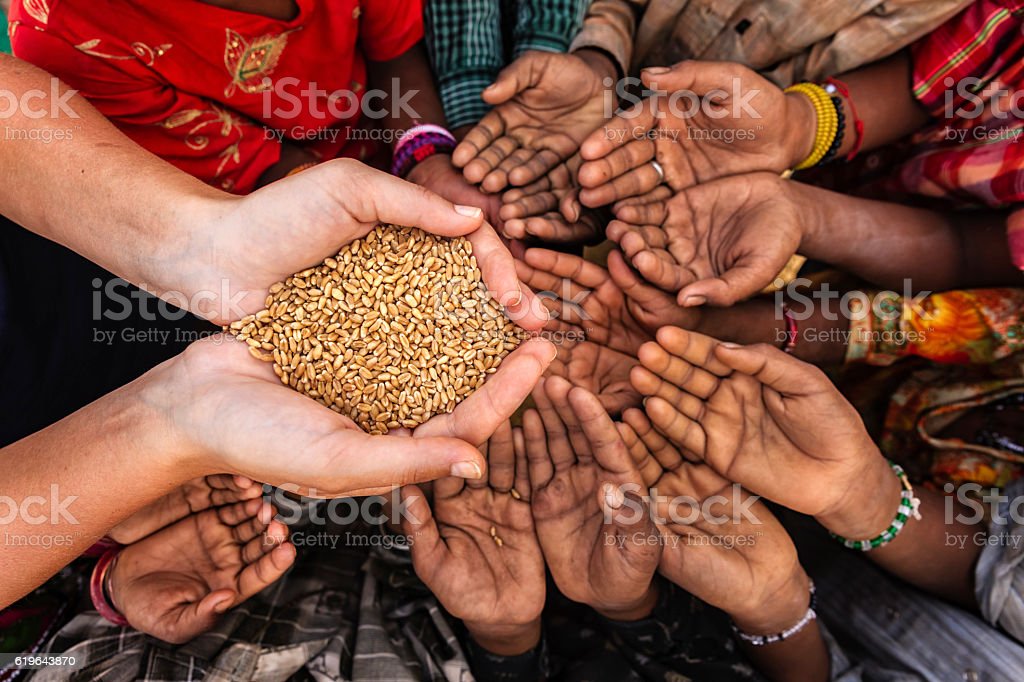 Nigeria is Africa’s wealthiest, most populous nation, with the biggest economy on the continent. Despite this, more than half of the country lives below the poverty line. In 2018, Nigeria surpassed India as the world’s poverty capital, with around 87 million people living in extreme poverty, compared with India’s 73 million. Though, recent data from the World Poverty clock showed that India has now surpassed Nigeria as the nation with the highest number of extremely poor people. Nigeria still has 70 million people currently living below the U.N estimated poverty line of $2 in 2022.

The level of hunger in the land is alarming. Hunger is everywhere. Hunger for food. Hunger for security. Hunger for good leadership. Hunger for true democracy. Hunger for good governance. Hunger for necessities of life. Hunger for truth. Hunger for a country where competence is not slaughtered on the altar of tribe and religion. However, the hunger of millions of Nigerians for food and the capacity to provide food on the table and feed their families is overwhelming. According to a report by the United Nations Food and Agriculture Organization, about 19.4 million people will face food insecurity across Nigeria between June and August 2022.

The situation is getting worse by the day as the prices of food and other essential commodities are skyrocketing daily. Inflation is on the rise. The value of the naira is on a free fall depreciation. Unemployment is on the increase. According to a report published by the National Bureau of Statistics (NBS), Nigeria’s unemployment increased from 27.1 percent in the second quarter of 2020, to 33 percent in the first quarter of 2021. When this is combined with underemployment, the percentage will be around 55 percent. These unemployment and underemployment trends are still increasing as lots of people are being laid off and not much is happening on the recruitment side. Avenues for job creation opportunities are almost non-existent.

Though Nigeria is blessed with abundant natural resources, the country has not been able to successfully harness it to the benefit of its teeming population. Food insecurity is becoming worrisome and if left unchecked, has the capacity of plunging the country into an abysmal ruckus. We have a low supply of food on the land and the few available are unaffordable for the common man on the street. Almost every part of the country is under siege by one form of insecurity or the other. Millions of people have been displaced from their homes due to incessant bandits and herdsmen incursions with farming activities rendered negligible in the North-East, North-West, and North-Central zones. These zones are regarded as major food-producing regions. Farming activities have also been increasingly threatened in other parts of the country.

After the civil war, to say this is the worst period this country has ever witnessed would be an understatement. Things are not working and if it is working at all, it is anti-clockwise. According to United Nations Children’s Funds (UNICEF), in 2021, Nigeria has the second-highest stunted children in the world and an estimated 2 million children suffer from acute malnutrition. There is fire already on the mountain. We need the government at all levels to act and act very fast. It is the duty of a responsible government to enact, finance, and monitor well-conditioned policies aimed at providing necessities like food for its citizenry.

Bob Marley once sang ‘a hungry man is an angry man! Let us not allow our youths to be ground for grooming criminals and insurgents due to hunger. Who will deliver us as a people and who will be our Moses to take us to the Promised Land? Truly there is hunger in the land.