Biopasteur is a biotech venture founded by Jeff Thompson, Arnold Hand and Amy Waitz in 2002. It aspired to harness the opportunities created by a breakthrough technology which allows microorganisms to be grown quickly and less expensive. Biopasteur became profitable in 2006 due to the introduction of the blood pressure drug: Lobloprin which proved to be more effective than the competition and the reputation of Amy Waitz.

Despite the slow penetration of Lobloprin into markets outside the New England area, profit hit the $50m mark in 2011 and was expected to grow at a rate of 10% every year until 2019 when the patent protecting the new technology would expire. Between 2006 and 2011 a significant amount of its profit was spent on developing DIASTOP, a new drug that is thought to cure type 1 and type 2 diabetes and is expected to be more profitable than Lobloprin when introduced. Diastop was approved for production & distribution by the FDA despite 4.5% of 1000 patients tested with the drug developed some form of side effect which was deemed significant. A recall threat with the potential of damaging the gains the company has had over the years exists if the drug is eventually distributed to the market.

BioPasture is a patient-friendly biotech venture with a wonderful reputation. It created DIASTOP, a drug to cure diabetes. Following approval by the FDA, the founders need to decide whether to deploy DIASTOP to the marketplace immediately or take it back for further lab analysis. Funds had already been released for the production plan and marketing had begun. However, there are concerns about the side effects and the possibility of the drug being recalled.

To release DIASTOP into the marketplace without it harming patients whilst maintaining the company’s reputation.

1. Release DAISTOP to the marketplace now.

1. Safety of the drug (Moral issues). 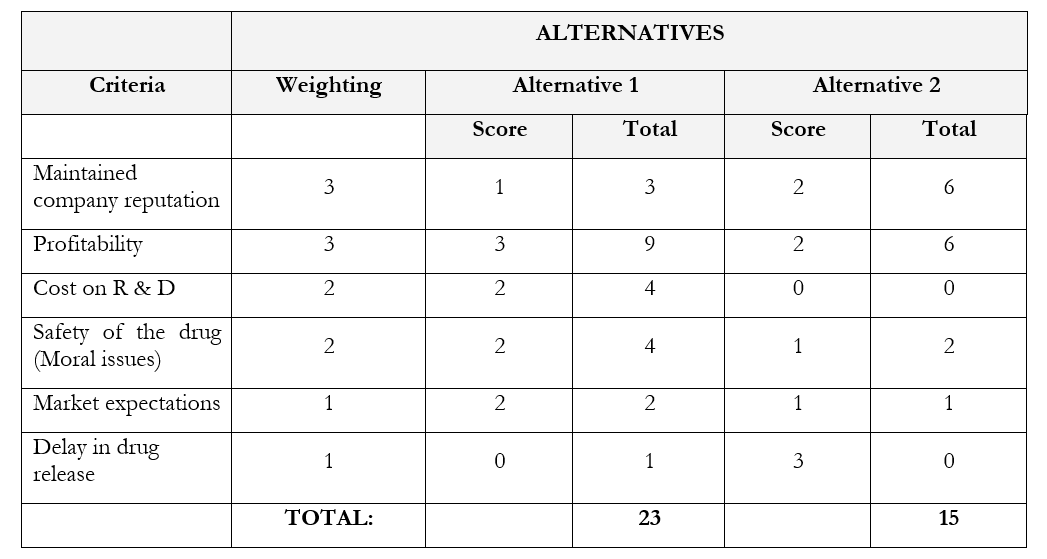 Based on the analysis carried out regarding the alternatives, DIASTOP should be introduced into the market now.

Lunch DIASTOP into the market now but only for age range 45 to 70. Make observations to determine whether to lunch the drug for other age groups or take it back to the lab for further development. 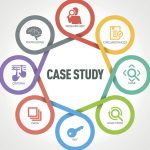