THE STRUGGLES OF ARIANA 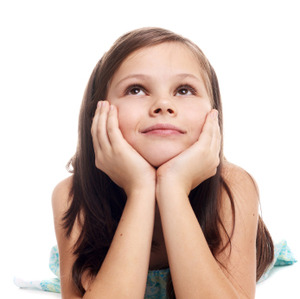 She came from a family of eight. Her Parents were not educated and they never saw any merit in spending a lot of money and time on female children for education. In their opinion, it would be better for Ariana to learn a skill and thereafter get married without furthering her education. Ariana was so determined that she decided to write a letter to her Aunty in Lagos pleading to come over and do any kind of work to generate funds for her education. Her Aunty gladly replied that she could come any time she wanted. She also insisted that getting a job would never be a problem as she would assist her.

With joy in her heart pleaded with her parents to let her go. She also promised them that her new job will avail her the opportunity to support the family financially. After much persuasion, she was allowed and she travelled the next day.

Lagos in Ariana’s mind is a land full of opportunities and she was so certain and convinced that all her problems were going to be solved in no time. As she boarded the night bus, she reminisced and imagine how wealthy she would be by the next time she stepped her feet back in the village.

On getting to Lagos, her Aunty was in the park waiting for her with so much excitement. Ariana wondered why her Aunty was so immorally dressed but could not ask her. When they got home, she was given lots of food and was told to have some rest as the work would start the next day. Ariana was filled with amazement as to how fast a job was gotten for her. She had no doubt that indeed coming to Lagos was the best idea.

The next day, she was woken up by Mary, another occupant of the house. Ariana was given some skimpy dresses to change into and come down stairs. As she got down, she got the shock of her life. Her Aunty told her that the work she was to do was prostitution. In her words “clients” pay me to sleep with any of my girls and I give the girls a good percentage after a job well done. Ariana was disappointed, startled and short of words. She could not imagine the life style her Aunty she admired so much was into.

Her Aunty prompted her to relax as she would get used to the job after a while of practice. Ariana cried and begged to do any other kind of job that did not involve selling her body. She even offered to do laundry, cleaning or any other labor or menial job just to make money for her education as well as support her family back in the village. Her Aunty furious that Ariana was not accepting the offer, threw her out of her house in anger.

In tears, Ariana was heartbroken on the streets of Lagos with little or no money. She knew no one and just then the reality hit her that all that glitters is not Gold. She had to locate the head Parish of the church they attend in the village. There she got shelter and lived in the Parish. Ariana learnt the skill of hairdressing. She worked at a Salon for some years and made enough money, sent some to her Parents and eventually was able to send herself to School as she had always desired and that was how the struggles of Ariana became over. 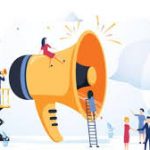