It happened to me

HOW MANAGEMENT COMMUNICATION HELPED ME DURING A SOCIAL MEDIA CHAOS.

I manage a social media business page where I cargo food items and personal effects to people worldwide .

I derived a policy that will create a balance between schooling, business and work. Over the months this has created a stable inflow of requests from my online business.

Mrs. X had sent her goods on the 4th of April . She wanted us to help her forward it to USA. We had a good social media relationship . She would always want to ask questions and creates moments of laughter between the sessions, I had with her.

Things got sour when I told her the money her client sent through world remit didn’t reflect in my account. I reminded her about my payment policy. I had told her of earlier that; ”all fx payments must be made in an my fx account same as all naira payment .

Going further it was discovered that her client had transferred fx to a naira account. This was during the ester holidays. I visited the bank the following week after Easter. And updated her on the process I went through in the bank which she confirmed that was the right process. But no one knows why we couldn’t confirm the money. Mrs. X was beginning to get irritated and raining abuses and pressure in each phone call. She started then to threaten she would call out my company on social media. I was loss for words because we had agreed to check at another branch . At that point I became pissed too . The fact that couldn’t use rude words on her I decided to keep mute.

We agreed I will send her send her goods back to her at Onitsha. But that week was sallah already and there were no dispatch riders available at my disposal. We agreed I would send on Wednesday when work resumed and that was when I messed it all up. I got so busy from the backlog which I had incurred as a result of the salah. To my greatest surprise, Mrs. X called my company out on social media on Thursday night.

Management my little knowledge on Management communication came to play.  Since I have as of then completed my Harvard mgt. communication on planning and was far gone on business writing.

I felt demoralized, couldn’t dress up for work . I thought of the role of emotional intelligence and got dressed and arrived at work on time. Alas my EQ game failed me . I was literally shaking me my office. Calls from friends and clients who defended me . Rants calling me scam and a fraudster ( as the lady claimed I seized both money and goods).

I know I had to create a damage control as fast as possible. I inferred that defending myself wouldn’t be the best option . Biases has been raised on social media . With stories of the popular Chinmark group and other companies since the beginning of the year. I knew the best thing to do was to accept I was at fault ;and control the negative energy within 24hours.

I created an emotional message. And pleaded that no one was perfect and I have never claimed to be. I claimed to be ignorant and open to critics as it would help me grow. But I boldly stated I wasn’t a fraudster. I posted few unedited copies of my account statement ;from the date of the claimed transfer to about a week later.

After I made the post, negative comments and name calling reduced . The audience got rid of their biases and see that this was just a plain misunderstanding. The lady who sent the money from USA apologized.

Madam x went further to comment on my appreciation post. Saying “that the reason I claimed all the mistakes was to play victim and become the hero at last. I didn’t reply to her comment . But in my mind, I was like it’s like you don’t know I am an MBA student. There’s a reason we are groomed to become world class leaders. I won’t allow my brand to get in the mud just like that.

A huge thanks to Mr. Eugene Ohu. You made this possible.

I am happy to be a student of Lagos business school.

Staring Fear in The Face 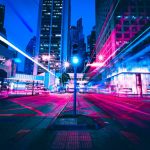