A thrilling final day was what we got today in the English premier league. A final day like no other. Many things were up for grabs: the league’s title, Champion’s league fourth spot and the last spot for relegation. Concerned teams were all geared up; pressure building in some quarters and high hope for others who are seeking to pounce on any slip-up.

Manchester City hosted Aston Villa at home. With Aston Villa having in their squad strong allies of City’s major rival – Steven Gerrard and Phillippe Coutinho; both are former players of Liverpool FC. Arsenal welcomed Everton to the Emirates Stadium; with the hope to clinch the fourth spot for next season’s Champions league. That can only happen if Tottenham lose to Norwich; a difficult hope if you ask me.

Teams close to the relegation were not spared of the anxiety of the final day. Burnley FC started the day with goal difference advantage over Leeds United; they sure hoped to win Newcastle United as that was about the only way of escaping relegation.

A NERVY FIRST HALF FOR CITY

Manchester City no doubt knew what was at stake from the start of the match. As usual, they dominated the match in terms of statistics; they had several goal scoring chances but none was on target. To make matters worst, Matty Cash punished City’s sloppy defense at the 37th minute. He connected well to Lucas Digne’s lofty cross. The noise in the stadium became low somewhat; but City could still believe as Liverpool was still drawing with Wolvehampton Wanderers at the time. So, the first half ended with City down with one goal. Hence, they are on the same point with Liverpool only with goal difference advantage.

What will happen next? Can City pull the trigger for a come back? Will Wolvehampton be able to hold Liverpool? These and many more questions run through my mind. At half time, Burnley were a goal down and it was clear they are saying their goodbyes already. Interestingly, things were not better off for Arsenal; though they are leading by two goals to one, Tottenham were not taking things lightly with Norwich City. Obviously, top four race for Arsenal has ended already. We couldn’t wait for the second half to begin.

The second half started with lot of hopes for City fans. The coach made an immediate substitution by bringing in Oleksandr Zinchenko in place of Fernandinho at the back line. Zinchenko had an immediate impact in the game, especially in the final third. He dribbled past a couple of Aston Villa’s players and sent beautiful crosses into the 18 yard box. But at that point, we wanted more than dribbles, we wanted goals; time was of the essence.

At about 69th minute, Robin Olsen – Aston Villa’s goal keeper; who had been in a scintillating form from the first half, sent a long through ball; Ollie Watkins put his head to it and the ball came to the path of Phillippe Coutinho; who made a fast turn and sent the ball into the left corner of Mancity’s goal. That made it two goals against the holding champions.

The tension was all over the Etihad stadium. The fans were angry, while some were praying possibly for a miracle of some sort; others were looking at their phones to know what is happening at Anfield. Fortunately, things were still as they were in Anfield. Now the question is, can the miracle of 2012 with the Aguero moment happen again?

City had been in this situation before, but can they repeat history? Yes they did. Super subs came to the rescue. A beautiful clear cross came from Raheem Sterling from the right corner; Ilkay Gundogan met it well with his head, scoring the first goal for City. Surely, that was a hope giver, the whole stadium was aloud again, seems all hope isn’t lost yet. Let the game start!

City like a hungry lion woken up from it’s slumber, ravaged Aston Villa’s defense; scoring the second and third goal in quick succession. In fact, the three goals were scored within 6 minutes.

You can only imagine what the stadium was like when Ilkay Gundogan tap in that final goal; Pep like many fans gave way to tears. And yes, Manchester City are champions again! their fourth in five seasons.

I AM A HUMANIST 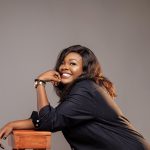