The Imposter Syndrome I

Written by kquinxtarbells May 21 · 1 min read 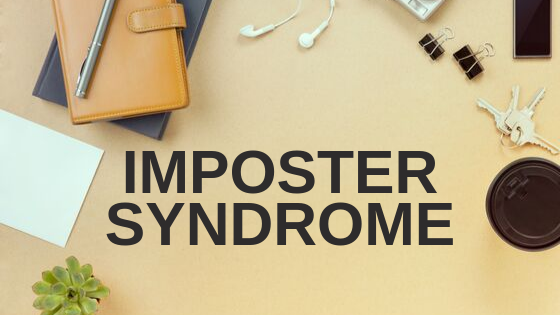 Funmilayo is the National Sales Manager in Champions PLC one of the top leading fast paced consumer goods and manufacturers in Africa. Funmi as she is fondly called is an escaped first-class graduate of the university of Ibadan, scoring a CGPA of 4.42 from a possible 5.0. Graduating among the top 5 best students in her class. Funmi is the go-to person when colleagues are faced with difficult task, and when critical but confusing decisions are to be made. They marvel at the ease and speed at which she comes up with mind blowing suggestions and solutions to problems that had given them sleepless nights. Even to the blind, it would be obvious that she is an asset, and one of the best in her field. Funmi believes otherwise. She believes that she is less intelligent, and her success is largely due to luck or sympathy from individuals and her inadequacy would one day be exposed. This has made Funmi work incredibly hard, taking note of even the tiniest details of her work. Magnifying and excessively being concerned on the few shortfalls highlighted; one in a thousand good jobs. She is never convinced of her superb abilities.

You may be familiar with the above character. Perhaps you have seen this trait in someone you know, or possibly this sounds like YOU. This constantly repeated pattern of behaviors and attitudes is called THE IMPOSTER SYNDROME.

WHAT IS THE IMPOSTER SYNDROME?

Imposter syndrome is said to be the chronic feelings of self-doubt and fear of being discovered as an intellectual fraud. Despite evidence of abilities, those suffering from imposter syndrome are unable to internalize a sense of accomplishment, competence, or skill.

It was first described by psychologists Suzanne Imes, PhD and Pauline Rose Clance, PhD in the 1970s. Imposter syndrome also called imposter phenomenon occurs among high achievers who are unable to internalize and accept their success. They often attribute their accomplishments to luck rather than their ability, and fear that others will eventually expose them as a fraud. There is a lot we don’t know about imposter syndrome.

The impostor phenomenon and perfectionism often go hand in hand. So-called impostors think every task they tackle needs to be done perfectly, and they rarely ask for help. That perfectionism can lead to two typical responses according to Clance. An impostor may procrastinate, putting off an assignment out of fear that he or she won’t be able to complete it to the necessary high standards. Or he or she may overprepare, spending much more time on a task than is necessary.

Individuals from minority groups are more susceptible to having the imposter syndrome. They believe they must work harder than their counterparts and be exceptional to be taken seriously.

Self-doubt and imposter syndrome flood the workplace and every other space. But women, are believed to be more susceptible to it. High placed women such as Michell Obama, Oprah Winfrey had confessed of having to fight off this syndrome.