WHO IS AT FAULT? 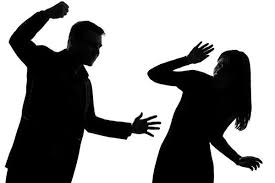 I walked into the eatery on this particular Saturday evening for a special treat. This eatery is well-known for its excellent assorted native dishes in my side of town. I was clearly excited to unwind after a long and stressful week.

As I sat down to enjoy my meal, I noticed a couple, a young lady, and her boyfriend at the other end of the eatery. Please do not ask how I knew; I could tell by merely observing their attitudes in their sitting position.

Well, everything seemed normal before I heard a resounding slap. I thought I was mistaken until I looked in the direction of the couple and saw that the girl was rubbing her cheek and to cover her shame, she put her head under the table.

It was indeed the boyfriend that gave her a resounding slap.

I was shocked! Imagine, the audacity of a boyfriend slapping his girlfriend even in the public.

So I asked, who is at fault here? Was it the girl, her boyfriend or the society?

My initial reaction was to approach them and get the security to deal with the guy. However, my reasoning prevailed over my emotions. I need to give it some thought before meddling in other people’s business.

What baffled me most was that the girl in question still sat there. She was apparently afraid of the guy but still stayed with him.

By that time I was obviously not enjoying the meal as I intended. Only thinking of how to approach the matter. I did not want to be seen as an intruder. However, I could not sit and watch someone disrespect my fellow female folk in such a manner.

As I was still strategizing in my mind, I noticed the girl started warming up to the boy again and before I knew it, they were cuddling and all those kinds of stuff. You can imagine my bewilderment.

How could someone not value herself? What happened to self-dignity and respect?

I did expect that the girl would stand up and speak up for help, but the reverse was the case. So, again, who is at fault?

Why did the girl stay with him? Was she enjoying the abuse or there are other benefits that she could not resist?

I strongly believe that the recent increase in domestic violence is a by-product of this kind of relationship. The sign is always there from the onset but often ignored.

I, however, think it is not too late to start enlightening our children on the core values of life. Most of the time, it is because of greed and uncontrolled love for material things that pushes some girls into this kind of funny relationship.

They want to “Shine” at the expense of their safety. Everything is not money.

Any friend that does not see something wrong with physically or mentally abusing another friend is not worth having as a friend. Respect, they say is reciprocal. If you do not respect yourself, no one will respect you.

Do not add to the number. Once you notice any threat to life, quickly flee.

Always remember, it does not matter who is at fault, life does not have a duplicate. FLEE. 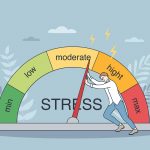