EVERYBODY IN LAGOS IS ANGRY

I have come to the above conclusion based on my little personal observation as a resident of Lagos State. I have had the chance to experience some ludicrous actions exhibited by some Lagosians as they are fondly called, from motor parks to markets, streets, banks, eateries etc. Even in interpersonal relationships with people. The mental disorder or should I call it emotion disorder cannot be hidden. It shows clearly in their expressions and actions.  In this blog I’ll narrate scenarios of some attributes of the occupants of our dear EKO City.

One of the funny experiences of mine was the day I alighted at the famous Iyanaworo bus stop. On getting down from my colleague’s car I met a large crowd, all in a bid to get buses or private cars to take them back home after a long day of work. These people had no single joy inside of them, not an atom of it. I stood there and watched these people play out different roles of drama. Most of them do not even let the cars or buses park properly before they open the doors, these passengers try to sit on people already seated inside the vehicles. Is that not hilarious? Not me seeing a passenger outside a vehicle exchanging blows with another passenger inside a moving vehicle. Oh no!  this guy literally followed the vehicle into the express trying to make sure he wins the battle.

I had stayed in that bus stop forgetting that I was also a passenger. I was lost in bewilderment as to how these people act that way and everybody around found it very normal. I can say I was the only right-thinking individual in that park that evening.

Another experience worthy of note is a very recent one, happened a couple of hours ago. In fact, this was the inspiration behind this write up. I had visited my sister and it was time for me to leave. I ordered a cab; the driver had sounded cool over the phone. This was a very clear disguise, or could it be termed bipolar? He got to my address and on entering the car, he said “hope it is not card payment” in an unruly tone. This got to me because that should not be the way to communicate to your passenger. I corrected him softly and he apologized. He drove off and suddenly he started moving slowly, I asked “oga, why are you driving too slow”. This guy challenged me, he poured out all the pain and anger he had inside of him on me. I did not know where this came from. Obviously, he was deep in thoughts and had lost track or memory of his present state. It was clear the driver had personal issues. Quite sad.

Generally, I feel the reason behind these attitudes among individuals could be traced to the environment and bad governance. A lot of people are mentally unstable, and this is because of the poor standard of living in the society and the constant need to overcome poverty. Thus, leading to hardship and suffering. Remember, where there is hardship and suffering. Pain, agony and anger arises. 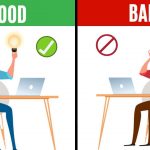