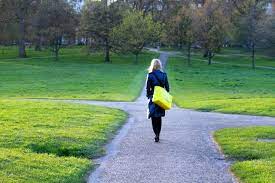 Most people in life’s journey, even with the best of dreams, aspirations, and intentions, are confronted on same journey, with what they never intended to meet, not even to tabernacle with. The stories vary, from health challenges, to unintended snares of relationship and bonding, major financial losses, career crisis, even spiritual leakages.

You know that feeling when you wonder, how did I get myself into this mess. In most cases, you thought you were in control. It is possible you saw the signs and warnings, but you told yourself you were in charge. In charge until emotion grew and you became gradually disconnected with your spouse, so much that even though you logically did everything to cover it, here was it, in the day light. In charge until both the amount invested, after series of  re-investments, and its accrued interest, all disappeared. You realized you have been messed up by a ponzi-scheme co-ordinated by guys who are far below the age of your youngest junior brother. It hurts to see the same guy who promised till death do us part, of course not from the altar, but at the corner of his room and every other time he seeks to affirm his affection for you, only to have a different tune as you mentioned to her that you missed your flow.

In moments like these, one is indeed lonely. Your life’s journey is about to be re-written. A chapter is about to be inserted wherein it will be said, it was at this point that he took a downward turn. You have all the low-points flashing clearly at you and for whatever it is, your present moment is not worth desiring by anyone. You are deserted, ostracized, left alone in the crowd and you earnestly feel like giving up, now to start the steps that they have all said was now, your only option, the path to self-destruction and self-pity.

However, in the midst of all the low curves, there is always and consistently a light that shines to redefine the narratives, but very often it shines far off. Faintly it shines that it takes only a person who is ready to look into the future that can see it. Obscured by the present pain, losses, attachments and the shared darkness that claims today, but indeed if only one can see that light, for it is always there, then one can rewrite the story.

I am here to encourage someone reading this, that there is a turning point on your life that you should take a grip of and run with for a change of story. It could be like its coming with a heavy price, but whatever price tag it carries, if afforded, it will reward far weightier and heavier than its cost. Since we would all bear a cost on this matter, is it not better to bear the turnaround cost than the sinking cost?

The turning point is that price-paying event that confers a change to an on-going unpleasant narrative, affording you the gift of a second chance, wherein a story can be nicely concluded with the sacrifice you paid after the sanity you lost. Take hold of this, is all yours. It is not accidental, its an intentional opening, meant for you to rewrite your story. It is your turning point. 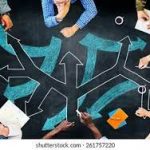