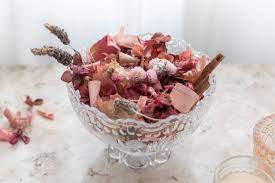 ABP remain the go to for my blog posting because it has story content to spin. It is revision week and the first ABP past question that I saw made me perspire hot sweat on the spot. I saw questions that should be in CFA and data analytics that left me palpitating. Anyway, I chose to keep my fears to myself and show my courage. If this past question is coming out in the exam then I have nothing to worry about. But if the potpourri of CFA, DA and ABP are joining forces to give me high blood pressure, then I’ve got butterflies in my stomach.

Here goes the story. Sugar Bowl began as Westlakes Lanes, a bowling alley in Raleigh, North Carolina. Dane Sugar, Shelby Givens’ grandpa, founded the company as a family venture. Westlakes Lanes was losing money consistently and steadily until Shelby Givens joined them in 2009 after graduating from business school. Shelby joined Westlakes and turned the situation around in 9 months by employing a strict cost-control philosophy, allowing her not only to turn the situation around, but also to generate a tiny profit. Givens created another business model out of the bowling operation, which she branded Sugar Bowl, in order to ensure the business’s long-term viability. Sugar Bowl is a projected bowling lounge and nightclub business concept that was supposed to begin in March 2010 but began in May 2010.

Givens borrowed $600,000 from a bank, relatives, and friends to launch the club, which he plans to return over five years at an interest rate of 8% per year. To attain her business goal, she had to make many sacrifices in terms of time and energy because the company was experiencing personnel issues owing to a limited budget, and there was a loan payback target to meet. She was entirely committed to the project, with little possibility for personal time, which was taking its toll on her and damaging her relationship with her parents, which has now become a source of concern for her. Givens was confronted with two major challenges in April 2012, a year after the lounge’s inception and amidst rising earnings.

Givens was presented with two excellent offers: one from an investor looking to buy out the company at a reasonable price, and the other from a lucrative employment offer from a management consulting firm in New York City suggested by a business school acquaintance. Givens was forced to make a choice.

What option should he take? 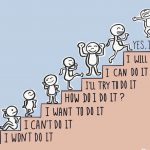