YOUR BIASES CAN KILL YOU

“We all have blind spots that limit our ability to make optimal decisions.” Dr. Anibaba walked into our class on a fine Saturday afternoon at about midday. Her disposition is unassuming as... 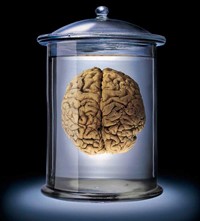 “We all have blind spots that limit our ability to make optimal decisions.”

Dr. Anibaba walked into our class on a fine Saturday afternoon at about midday. Her disposition is unassuming as always. Almost as though she is trying to get into the class unnoticed. Yet, I know better. We all do. She is as smart as a whip.

The topic for the day was: “How to outsmart your biases.”

My key learning from the class was simple – Your biases can kill you!

Ironically, major decisions made by skilled and experienced managers, even with adequate data and good motives are frequently fatally incorrect.

In this post, we will discuss some of the most common cognitive biases that hinder our ability to make optimal decisions.

i.  The Confirmation Trap

Each of us has the propensity to pay attention to information that reinforces our preconceived notions. We quickly accept facts that support our preconceptions, while ignoring data that contradicts them. This hit me like a ton of bricks.

Most humans are intellectually lazy, seeking to avoid uncomfortable topics whenever possible. Our judgment is often skewed because we intuitively substitute complex topics for easier ones.

An individual or a group may become fixated on the first piece of information they receive concerning a matter. This is referred to as anchoring. Furthermore, a manager may unwittingly anchor the thinking of direct reports or even executive Management by being the first to give their perspective or analysis in a decision-making process.

It’s the unreasonable assumption that we have to finish something we’ve already put a lot of effort into (whether time, energy or monetary etc). This Sunk Cost Fallacy drives us to complete a project even when we see reasons to abandon it.

The framing trap refers to the tendency for decision-makers to be swayed by how a situation or problem is presented. A classic example is when the advertisement claims that the yogurt is 90% fat-free rather than claiming that it has 10% fat. Whereas, they mean exactly the same thing, save the ‘framing’. In addition, we have all visited websites where we have been prompted to “check the box if you do not want to receive our newsletters and notifications.” Even the best of us fail to check the box. Yet we claim we never subscribed to the site’s emails when we receive them. Gotcha! (Laughs).

vi. The Paradox of Choice

The paradox of choice is a modern-day phenomenon that is becoming increasingly concerning. Never have consumers had such a wide range of options. While businesses believe that having more options makes it easier to pick, which improves customer experience and satisfaction, having more options makes it more difficult to make a decision and may lead to customer dissatisfaction.

Everyone has biases. One crucial point however, is whether people are conscious that they are doing this.

The first step towards a shift from this natural state of the human brain is awareness.

Next time, we will consider useful tips to help us deal with biases.