By noon of Monday, May 29, the fifth democratically elected president under the Fourth Republic would have taken the oath of office. However, the road to that transition has been laced with all sorts of dynamics and shenanigans. What makes the upcoming presidential elections even more interesting is that Nigeria will be electing a new president, given that the current one is serving his second and last term in office.

A record number of individuals have indicated their interest in vying for the position and taking over from the current president, Muhammadu Buhari. More people are still expected to declare their intention to rule Nigeria.

With President Muhammadu Buhari not being eligible to contest, the present scenario could be considered a free for all. The personalities who have made declarations to run for the office of the president have ranged from the serious to the downright ludicrous.

Except the incumbent has behaved very very badly, or perhaps due to force majeures, or even in the rare case where the present occupant of the president’s office decides not to go for a second term in office (South Africa’s Nelson Mandela comes to mind), presidents/ Prime Ministers contesting office will most likely win those elections.

The interest from political leaders in the opposition who have indicated their desire in the office has continued to swell. The sheer number of people who want to ascend to the position of the president could also be ascribed to the perceived poor performance of the incumbent. The strategy of the opposition is that perhaps their chances have been heightened given the unpopularity of the present government.

Being a heterogeneous society, one’s state of origin and religious inclination are factors which can determine one’s political future. The opposition party is currently embroiled in manoeuvrings on zoning. While some are of the opinion that it should be zoned to certain parts of the country based on the principles of equity, justice and fairness, others feel like the need to win should supersede the principle of zoning.

Nigeria is currently at a crossroads. Corruption seems to hold sway. The country is losing its bright brains who are migrating to other climes in search of greener pastures. The security situation is worsening. Critical sectors such as education and health have almost grind to a halt. Inflation is at an all time high with no signs of abating. With these gargantuan challenges, the incoming president is not one to be envied. He/she has his/her work cut out for him/her. 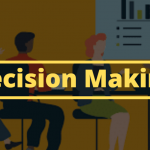