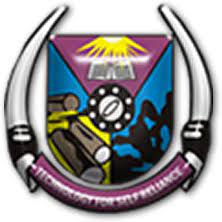 Federal University of Technology, Akure, fondly referred to as FUTA is a tertiary institution in Nigeria. Geographically, FUTA sits on the northwestern flank of Akure town, Ondo state, and is very conspicuous at the entrance of the town driving in from Ibadan. The institution has a land area of about 5km squared which was still sparsely developed as of the year 2003.

The campus was subdivided into two – the northern area referred to as “Obanla” and the southern area called “Obakekere”. The “Obanla” area hosts the faculties such as engineering and sciences; blocks of offices for administration purposes; an auditorium for events and school functions; the staff quarters for the vice-chancellor, the bursar, some senior lecturers among others; hostel accommodation for students and a sports complex. The “Obakekere” area is largely for student accommodation and the departments of Science & Technology Lab studies and Physics & Electronics studies. The distance between the northern and southern areas is about 2km or a 30 minutes walk. There are commuting cabs between the two areas transporting people and goods, but as an alternative, students walk.

The students occupying the “Obakekere” hostel are renowned for their rascality and notoriousness. They actively participate in student unionism and dominate the space. Most of the resistance or protest starts from “Obakekere”. However, the “Obanla” occupants are famous for poise, elegance, and brilliance yet timid. The only female hostel is located on “Obanla”. This has been identified as the main reason for the poise and elegance of the occupants. The “Obanla” occupants are the last to join any resistance or protest. They are the lesser participants in the student union. Need I say, I was an “Obanla” occupant.

The institution was founded to bridge the technology gap perceived in Nigeria and as such the largest faculty was engineering. The departments that made up the faculty of engineering included: Electrical & electronics engineering, computer engineering, chemical engineering, Marine Engineering, Metallurgy & material engineering, and agricultural engineering. Furthermore, the science faculty was the second most populated faculty. The departments include chemistry, physics & electronics, and science laboratory studies among others. The teaching staff was formidable with an assortment of professors, Ph.D. holders, and at least a master’s degree holder with years of experience. Among the lot, are staff that has been lecturing since 1980. The laboratories were fair according to Nigeria’s standards but obsolete in comparison to the global standard. Funny enough, there were practical sessions in which you were only an observer because kits were not enough for participants.

On the social side, FUTA students had a “triangular” lifestyle. This implied that their lives revolved around classes (academics), spirituality (church or mosque attendance), and hostels. We were very poor socially. Little or no school parties, very few student engagements, or inter-campus engagements.

Conclusively, FUTA in recent times has seen many more developments. New faculties and departments have sprung up, and lots of structural development has increased the densification of the campus. The internet and more students from Lagos have helped the social life and visibility of FUTA.