I sold a story 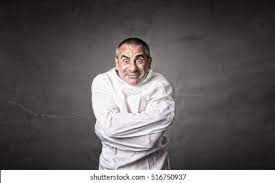 I had written a narrative for a long time and chose to sell it to a production company when I was bankrupt. The money made sense to me and fulfilled a need. When the filming began, one of the directors of photography approached me, or rather challenged me. He was perplexed as to why I would sell such a good script to a shady production firm. He predicted that the drama’s execution would be riddled with flaws. I don’t recall what I said to him, but I had no regrets at the time, and I don’t have any now.

The good thing is that I am a never-ending stream of plotlines. I can make one on short notice, and each one is better than the last. What I do is jot it down as the idea strikes me, and whenever the opportunity arises, I present the tale that I have written to the would-be customer. The following is a summary of the 10 steps.

Ife is presumed insane by her mother and forcefully held at an asylum because Ife is following a ten steps to getting married. As Doki, a psychiatric doctor struggles with his job amidst scarce resources and laid-back workers, in-patient Ife(30s), played to the gallery as insane to assist Doki in his work and, in the process, gains access to a cell phone, internet to get steps 2 to 8 completed, using her teenage and hip brother, TJ, on the outside to purchase a wedding dress, deposit for a wedding venue, get a courtship form in church, and fill a courtship form.

Step 6 necessitates a professional photography and social media posting. Ife persuades Doki that she can assist clean up the ward in exchange for a before and after image of the ward. Doki agrees and recalls that he has a nephew who has recently learnt photography and would happily assist. Everything went as planned until a psychotic patient knocked Ife unconscious as she was posing for the camera. Despite being injured and bedridden, Ife managed to persuade the photographer to deliver the photos to TJ, who posted them as instructed.

The seventh and eighth steps require her to go shopping and see a movie at a theater, and she manages to persuade Doki to accompany her in exchange for her services at the hospital, which paid employees seldom do. Before long, Ife is walking around the ward like a staff member rather than a patient. The 9th phase demands her to dress beautifully and appear in a restaurant to dine, so she escapes the institution by knocking Doki out in order to meet with Mr Right.

Ife arrives at the restaurant, expecting the faith guy to arrive, only for Doki to arrive, eager to sweep her away, but Ife refuses. Doki wishes her success in her hunt for a faithful guy and hands her a bottle of pills with the instruction to take her medicine. Ife waits restlessly after he’s gone, eating only a little portion of the meal on her plate, and rattles the prescription bottle, only to hear something clattering within. When she opens it, she discovers an engagement ring and a message that reads, ‘MARRY ME, CRAZY WOMAN.’ 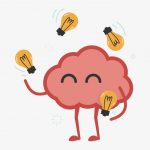