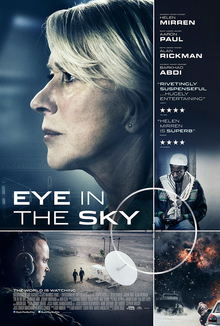 Gavin Hood’s 2015 war movie ‘Eye in the Sky’ was a classic that the EMBA 27 class reviewed as our last case for the ABP class. In the exciting Part 1 series of this write-up, we x-rayed 2 strong attributes of the protagonist- Colonel Katherine Powell. These made her stand out as a strong leader.

In this second part, we would review what made her win in the movie, what made her successful, and what additional traits we could pick from her that could be applied in today’s business world.

In business, one does not usually achieve success alone. We need a team, a supporting team. You have to have a strong network behind you. Colonel Katherine had the team but more importantly, she had someone as passionate to achieve the objective as herself- General Frank Benson. He was ready to have her back and supported her even when the other stakeholders became shaky in their conviction. With the general, she had built strong partnerships in places that would influence her activities.

The same goes for business. We all need strong teams. Strong partnerships and loyal teams are needed to achieve the objectives of the business. Teams could falter sometimes and need some encouragement and push. That is where the key champions and loyalist within the team comes in. These loyalists muster the rest. They blow the trumpet of activity. They rally the crowd.  One has to ensure that when in business, one has these loyal partners, who would support you even when things get bumpy.

She did win the battle in the movie with the support of her loyal partners. The question business leaders need to ask themselves is if they have strong partnerships within and outside their teams to be successful.

Trust is critical in business. You would not be able to achieve much when one does not trust who you are working with. You need to believe in the partners you work with. One needs to trust them to do the right things, to do what is right for business. If there is distrust in a business endeavor, there would be rancor and an inability to excel. There would just be too much friction for one to achieve much success.

The Colonel had great trust in the teams she worked with. When she was relating with her Kenyan counterparts, she trusted them to ensure that the activities went according to plan. The Colonel trusted Jama Farah, who was the spy that went into the terrorists’ area, to do the right thing. In fact, at one point, he put his life at risk by going to buy up all the bread of the little girl- for whom the strike was delayed, just to save her life and move the mission forward.

A lot of businesses collapse or struggle just because of a lack of trust. The management does not believe the employees are performing their best in the business, and the employees do not believe the management is acting in their interest. Such situations breed loss of productivity, staff attrition, and business performance issues. To be successful in business, one has to build trust, especially within the core players and teams within the organization.

Colonel Katherine Powell was a strong leader in the movie. She was able to muster her team against all odds to achieve the set objective. There were challenges. There were some ups and downs, in addition to tough negotiations. However, she was able to weather the storm. We could easily say she was successful.

In business, there would be challenges. There would be tough times, involving very tough discussions within and outside the customers. Like Colonel Powell, business leaders have to remain focused, and tenacious and ultimately build and rely on a strong team to achieve business success. Only then can we truly move towards winning. 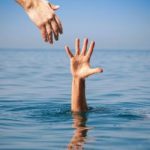