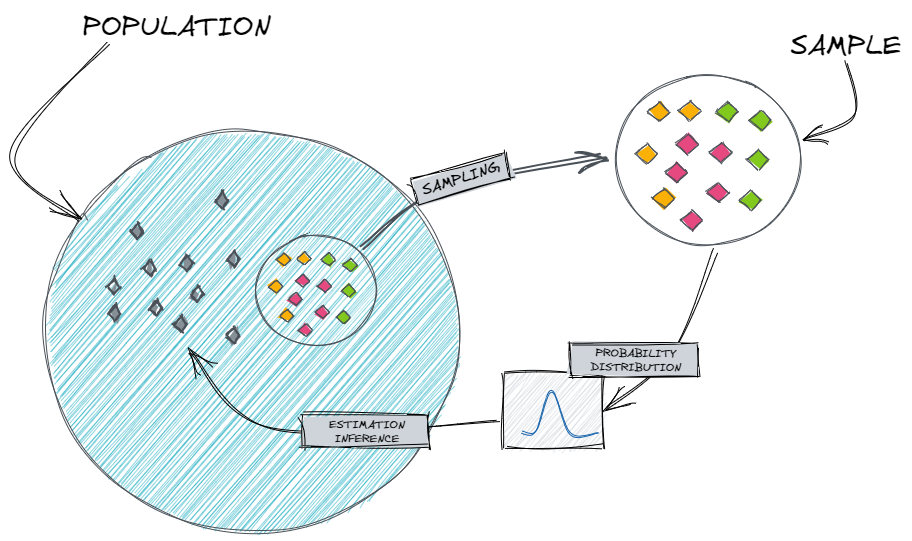 In this position of ambiguity, we utilize probability to determine how much random samples are likely to vary.

Despite the uncertainty introduced by the use of a random sample, this allows us to draw inferences about the population.

Understanding probability distributions helps us to calculate the probability of a specific event while also accounting for its variability. As a result, we may infer from the sample to the entire population, estimate the data-generating function, and better forecast the behavior of a random variable.

In probability, a discrete distribution has a finite or countably infinite number of possible values. That is, you can enumerate or list every conceivable value, such as 1, 2, 3, 4, 5, 6…100.

Examples of a discrete random variable include the number of students in a class, the number of people that go to Shoprite on a given date, test questions answered correctly, the number of children in a family, number of defective products in a batch in a manufacturing plant etc.

Also, a discrete probability distribution can be described using a table, graph, or equation.

Conversely, a random variable is continuous if any two of its values are separated by an infinite number of other valid values like 0.2, 82.88cm, 40.335 miles etc. Continuous random variables include things like pressure, the height of boys in a given class, mass, distance traveled, running time of an athlete, interest rate of loans

What is Uniform Probability Distribution, and how does it work?

That’s all for now folks. See you in the next post where we would discuss some other types of probability distributions. 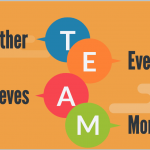