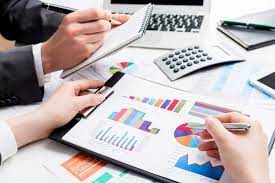 After some eventful years since the breakout of covid-19 for pharmaceuticals, a look at the books of biotechnological companies arose interest. The company of interest is Vertex biotechnology.

Vertex biotechnology was founded in 1989 as a global biotechnology company that invests in scientific innovation to create transformative medicines for people with serious diseases. Most biotechnology (biotech) companies such as Vertex derive their products from the extraction or manipulation of living organisms. Pharmaceutical companies create medicines from chemicals and synthetic processes. Vertex became publicly listed on the NASDAQ in 1991.  A market capitalization of $67.76B and net sales of $7.5B in 2021. Vertex operates solely in the biotechnological markets. It manages a staff strength of 3,900 across the world with its headquarter in Boston’s Innovation District, United State of America and its international headquarters is in London.

Considering the last 10 years’ financial records of vertex, it was obvious that the company struggled with year-on-year Net sales between 2012 and 2016.  This was borne out of the fact that they sold one of their product to a third-party pharmaceutical and were dependent on royalty. Unfortunately between 2012 and 2016 the royalty revenue fell short the mark. The Net profit margin was also poor between 2012and 2016 recording a negative value. The high stock turnover during this period also contributed to high operating expenses. Fortunately, after the release of a newly developed drug called Orkambi in 2015, Vertex bounced back to profitability in 2016. Furthermore, market development activities for one of their existing product called Kaftrio improved the business bottom line. By the end of 2021, Vertex reported a Compound Annual Growth Rate (CAGR) of 17.38% in 10 years.

Considering the operational efficiency of Vertex, the Asset Turnover became impressive since the bounce back in 2016: reporting an average of 0.3 or 30% year-on-year. Likewise, the inventory Turnover was above industry average, sitting at 3. Furthermore, the Equity Multiplier for Vertex shows that the company prefers financing its asset using shareholders’ equity as compared to debt. The Equity Multiplier was below 2 for majority of the 10 year review period.

For the market ratio, Earning Per Share (EPS) was considered. Vertex only started reporting positive EPS in 2018 after the 2016 recovery. The EPS reported was an average of $9 per share. Another market ratio considered is the Return on Equity (ROE), and Vertex maintained an ROE of above 20% since its recovery.

In conclusion, the SWOT (Strength, Weakness, Opportunity, and Threat) analysis identified the consistency in the financial ratio since the recovery as a key strength. Furthermore, the liquidity of the business is a plus. It shows that the business can pay its current liability with ease. To shake things up a bit, there might be an opportunity for a new acquisition that can open up new market potentials to develop and grow. Investors are advised to buy and hold the investment in the company.