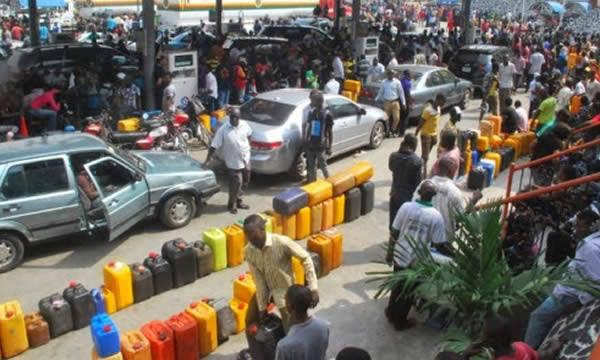 Fuel scarcity in lagos and long queues have become an annoying pattern that has prevailed for the past weeks in Lagos and most states of the Federation.
Lagos being the most populated and a commercial city made the scarcity look more dramatic, the fuel scarcity in lagos is excruciating.

Nigerians especially in Lagos have endured an unpredictable supply of fuel for a few Months, with filling stations operating at reduced capacity.
It worsened over the weeks despite repeated assurances from the government that the crisis would soon be over.
Queues persisted in Lagos and several other cities as people scramble to get petrol for their cars and gallons for generators at a time of rising temperatures in the weather.

This experience of spending Long hours and sometimes just when its almost your turn, you are told by the fuel attendants that the fuel had been exhausted. As frustruating as this sounds, that is the reality of many Car users in Lagos.
However for those who cannot endure waiting that Long, would resort to buying from the “Black Market”.
The major risk of it is that apart from the hike in the prices of it, one stands a chance of  putting adulterated Petrol in their Vechicles which could inturn damage vital parts of the Vechicle.
As risky as this sounds, most Lagosians are not bothered because it saves them time and we all know as it is said that “Time is Money”.

The crisis started in late 2021 after the government announced its plan to remove fuel subsidies. Marketers, who the regulators accuse of hoarding the product, have refused to resume normal operations even after the suspension of the subsidy removal plan.

In February, the Federal Government said methanol was found in recently imported fuel and that it exceeded Nigeria’s specification. The development has resulted in a shortage of petrol and queues.
Another major annoying effect of this fuel scarcity in Lagos is the traffic gridlocks that  appeared across major parts of Lagos express roads where Petrol stations are located. Motorists who queue for it end up blocking the major roads, most times it is done unconsciously and it is very sad because Lagos already has its fair share of daily Hold-up on some roads, making it more dramatic is always unbearable.
Another Prevailing effect of the scarcity in Lagos is the hike in prices of transport fare and invariably almost all commodities in the Market.
Sellers would complain that the increase in transport fares affected their profit margin and as such would be incorporated in the prices of their goods.

The Nigerian National Petroleum Commission had last month assured Nigerians that the company had placed significant orders of over 2.1 billion liters.

Lagosian are hopeful that this torture will come to an end soon and Petrol would be readily available and affordable in Petrol Stations, thereby putting an end to the frustrating long queues and hopeful the hike of some commodities would revert back to normal. 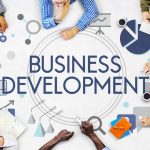